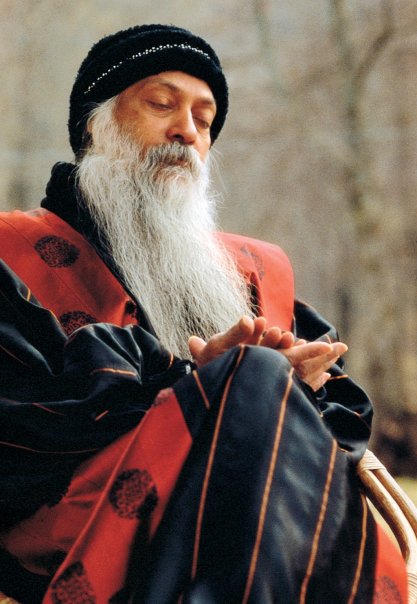 Question – BELOVED OSHO, I HAVE HEARD IT SAID THAT SOME SANNYASIN THERAPISTS NOW IMAGINE THAT THEY ARE ON THE SAME PLANE AS YOU ARE, DOING THE SAME KIND OF WORK — IF PERHAPS ON A SOMEWHAT SMALLER SCALE. THEY NO LONGER EVEN MENTION YOUR NAME, AND APPEAR TO HAVE DISCARDED THE MALA AND RED CLOTHES ENTIRELY.
HAVE THEY ACHIEVED — OR WHAT IS REALLY GOING ON WITH YOUR THERAPISTS?

Osho – What is going on is hilarious.
These people think they have become individuals, they have attained freedom. But they don’t even see a simple thing… I said to them, “You can drop your malas, and you can drop your clothes, and you can be free” — and they immediately followed! They proved that they are followers — chronic followers! If I had not said that, they would have been wearing the mala and red clothes still. Their freedom is not their attainment, but just my joke!

They have been with me for years, but they have been less with me than with their patients. The people who have missed me most are the therapists.

Once I declared some people enlightened — and they became enlightened! And when I said it was just a joke, they became unenlightened again. I had told them, “You are now free.” So they are free! Tomorrow I can call them back and put them in red clothes and in the mala: “This much freedom is enough; more than that is dangerous. Just come back and be your old self!”

If you are really understanding me, you will see the point: I give you chances to show your ego to yourself, to show your reality to yourself. And that’s what is happening, and it is really hilarious. I saw one therapist who has even shaved his beard and mustache. Perhaps he thinks by shaving the beard and mustache, he has shaved himself spiritually too. And all that he looks like is like a well-shaved ape — just stupid.

It is unfortunate but it is true that the therapists have missed me most, for the simple reason that in the commune they were working on people’s psychology and they started getting a subtle ego that they are helping my work. They forgot completely that they have not even started working on themselves.

They had a certain knowledge of therapy; they were useful for people and they helped to bring people close to me. Their patients became more intimate to me, more open to me, became more understanding of my work than the therapists. Because they were therapists and they were answering questions from people, running groups, they would not ask questions to me about themselves.

They had come for themselves, but they got lost because they had brought a load of knowledge. It was useful for others, and I told them that they should help people. But all their knowledge was not able to indicate a simple small thing to them, that “we have come here to realize ourselves. We can do the therapy, but that is not what we have come here for.”

They went on doing therapy, and when the commune dispersed, they went back to their countries thinking that now they are doing exactly the work I am doing — and they don’t know even the ABC of my work. They were the most blind and the most deaf, because they were the most knowledgeable people.

They have missed the first opportunity. Now in the second opportunity, all those therapists who are just behaving like buffoons will be called back and put to some other work — not therapy. They have to be completely removed from their knowledge; otherwise it is very simple for them to think like this.

Source – from Osho Book “Beyond Psychology”