Osho – It is very difficult to communicate with a wife, with a husband 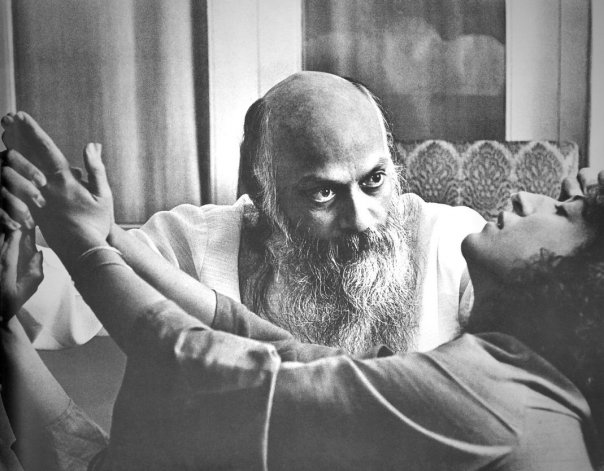 [A sannyasin who was leaving for the West, said he would like to share what he has found with Osho with his wife. They have been separated for a long time, and plan to divorce. She is very negative against him.]

Osho – I think divorce will be good and then there may be some possibility, not before it. Let there be a divorce but make it as pleasant as possible – don’t make it an ugly affair, not at least from your side. Her side is her responsibility, from your side make it absolutely easy. Whatsoever you can do to make it easier, do it. Let it be a very very silent, pleasant thing.

Don’t say good-bye in a bad mood; that much we always owe to the other person. She has lived for sixteen years with you, shared her life, has given you children, has been mother to your children… sometimes things go wrong. Nothing to be worried about – that’s human.

So the first thing: let the divorce be there… and this can make a bridge between you and her. If you can allow this divorce to be really pleasant so that she can feel your compassion and love for her – can feel your love for the children, and that you are trying to make everything as cheerful for her as possible – out of that a friendship can arise, and only then can you share me with her.

Right now it will be very difficult, right now communication has broken, mm? You live in different worlds, you don’t speak the same language any more. So right now any effort from your side to convey anything will simply make her angry, antagonistic. She will argue: just to prove you wrong she will say anything and she will not listen, so this is not the right moment.

Always remember, when you want to communicate something to somebody, choose a right moment and a right climate. You can do the right thing in a wrong moment and then it is meaningless. And sometimes when the moment is right, even a small effort brings great harvest, and when the moment is wrong, great effort brings only frustration. Always watch out for the right time – that is immensely valuable.

It is very difficult to communicate with a wife, with a husband. Even when things are going well it is very difficult to communicate, because the relationship is somehow inimical, the relationship is that of domination. Whatsoever we say on the surface is not the point, but deep down it is a question of domination – it is political. The husband is trying to dominate in a thousand and one ways, the wife is trying to dominate in her own subtle and feminine ways. Her being sad may be nothing but an effort to dominate you, to make you more frustrated, to take revenge.

So even when ordinarily things are going well, then too it is difficult to communicate. It is very difficult for the husband to convert his wife to his philosophy, to his religion – so is the case for the wife: the wife cannot convert the husband… it is even more difficult. The husband feels very much offended. The very thing that the wife understands more than him is offending… it is very against the male ego.

So many centuries of condemnation of sex has made it so. The wife knows that a sexual person is not a spiritual person. Now who knows better that you are a sexual person? Your whole relationship is that of sex, and if sex is sin then the husband and wife are joined together by sin. So the husband cannot believe that the wife has become holy and the wife cannot believe that her husband has become holy.

Sometimes it is possible that the husband may think that the wife has become spiritual… because wives don’t take much interest; at least they don’t show it. They are always passive partners in the love affair, and they show that they are just tolerating sex. But the man is very active, too interested; the wife cannot believe that the husband can become spiritual. So many centuries of wrong conditioning, and then continuous effort to dominate each other – things are bound to go wrong.

Even when you are on a honeymoon, when there exists a certain rapport between you and the wife which will never exist again, when the romance is fully alive, even then communication is impossible – and the reason is that then whatsoever you say, the wife will say ’yes’ Not that she understands, no – understanding is not possible at all – but she will say ’yes’ Whatsoever you say is great and whatsoever she says is great. Nobody is in any mood to understand. You are so much foolishly in love, hypnotised by each other, that ’no’ does not come, ’yes’ comes. Then too there is no communication.

First ’no’ does not come, ’yes’ comes, and later on when you are settled, only ’no’ comes, ’yes’ does not come. Either way understanding cannot happen. Understanding needs a clarity where there is no hurry to say no or yes: you are neither enchanted, magnetised by each other, nor are you antagonistic to each other. You simply look with clarity at what the other is saying. I have never seen wives and husbands in a dialogue. The honeymoon is a monologue and later on also, the marriage is a monologue.

So the first thing I would like to say is: go back home, make this divorce as easy as possible, don’t blame her, don’t fight. If she wants the children, give the children to her… give everything that she wants. That will give her an insight into you and that will become the possibility of sharing me with her, otherwise there is no possibility. If she can feel that really you have become a sannyasin – you don’t fight, you don’t want to damage her in any way, you are ready to give whatsoever she wants: the children, the money, the house, whatsoever she wants…. Only that will give her an inkling into your being – that you are not the same person with whom she is taking the divorce; it is not the same person with whom she has lived the sixteen years.

Go on doing whatsoever you have been doing, as if it doesn’t matter – divorce or no divorce – and then there is a possibility of a friendship arising which will be far more valuable than your so-called love. Then you can share. It will depend on how you behave with this divorce thing… and it will be a great experience to you. If you can give unconditionally, it will be a great experience….

Source: from Osho Book “This Is It”
Pin It