Osho – It was mind crucifying the heart when Jesus was crucified 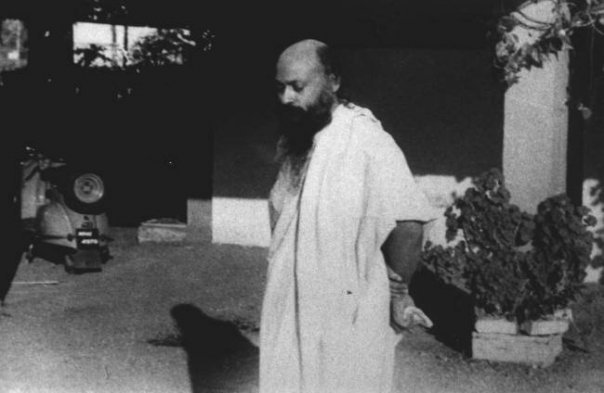 Osho – Mind is always old. Even a one-day-old child has a one-day-old mind, because mind means the past. It accumulates the past; it is accumulative it goes on accumulating experiences and everything that happens. It is always old and it goes on becoming older and older. But the heart is always young; it never accumulates, it is non-accumulative. It lives in the moment. That’s why the mind and the heart are never in agreement, they cannot be in agreement, because the mind talks about the past and the heart wants to live spontaneously, right now.

The mind always gives advice, tries to be very wise, calls the heart a fool, mad, and all kinds of names, but the heart never becomes wise in that sense; it remains a fool. And it is good that it remains a fool, it is good that it never becomes old, because that is the only hope for man. That is the only door to know reality, because reality is in the present.

Mind can never know anything about reality. It can have no encounter with reality. The past is always standing in between like a wall, and the wall goes on becoming bigger and bigger every day. That’s why children are more alive, more spontaneous, more beautiful, more joyous than old people. Old people become too experienced and everything that is spontaneous is not possible for an old man. He has a condemnation for it; he has a thousand and one opinions about it.

The mind calls love mad. Out of its experience, observation, knowledge, it creates a false kind of love it calls marriage. Marriage is an invention the mind. It is a very poor substitute. It is an institution. It is more utilitarian, certainly; it has more economic value, it is more marketable, it is more worldly. Love looks mad, but it is love that gives you feel of being alive, not marriage.

And it is the same about anything else. Christianity, Hinduism, Mohammedanism — these are mind things. To be with Jesus is a heart thing, but that is possible only when the master is alive. To be with the pope is a mind thing. He has two thousand years of heritage. Jesus was a madman; no rabbi followed him, no knowledgeable professor followed him, but simple people: carpenters, fishermen, prostitutes, gamblers, drunkards — these type of people who are really simple and in a way more spontaneous. A prostitute is a far more alive being than a rabbi. I respect a prostitute more than a rabbi, because a rabbi is absolutely dead. Mary Magdalene was far more alive — she could see the beauty of Jesus. But the head-priest of the great temple of Jerusalem could not see: he thought ‘This man is simply dangerous, a madman collecting other mad young people and trying to destroy the whole social structure.’

It was mind crucifying the heart when Jesus was crucified. That has always been so and that will always be so. Only the heart can move into meditation, only the heart is the hope. There is only one hope for man: if he moves from the head to the heart, starts listening to the heart and follows the heart. It is risky: everybody will condemn you, everybody will think that something has gone wrong, that you have gone cuckoo. But that has always been so: the people who had been with Buddha were thought to be cuckoos and the people who are with me are bound to be thought to be cuckoos. But to be a cuckoo with a Buddha is a blessing! So feel blessed!