Osho – J. Krishnamurti, a man who struggled for ninety years 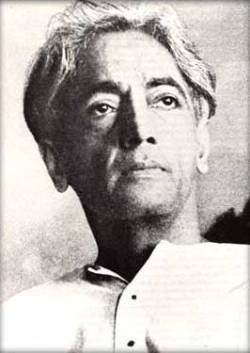 Osho – J. Krishnamurti, a man who struggled for ninety years – his last words have some great meaning. One of my friends was present there. Krishnamurti lamented, he lamented his whole life. He lamented that ”people have taken me as an entertainment. They come to listen to me….” There are people who have listened to him for fifty years continually, and still they are the same people as had come for the first time to listen to him.

Naturally it is annoying and irritating that the same people… Most of them I know, because J. Krishnamurti used to come only once a year for two or three weeks to Bombay, and slowly, slowly all his followers in Bombay became acquainted with me. They all were sad about this point: What should be done? How can we make Krishnamurti happy?

The reason was that Krishnamurti only talked, but never gave any devices in which whatever he was talking about became an experience. It was totally his fault. Whatever he was saying was absolutely right, but he was not creating the right climate, the right milieu in which it could become a seed. Of course he was very much disappointed with humanity, and that there was not a single person who had become enlightened through his teachings. His teachings have all the seeds, but he never prepared the ground.

One thought on “Osho – J. Krishnamurti, a man who struggled for ninety years”