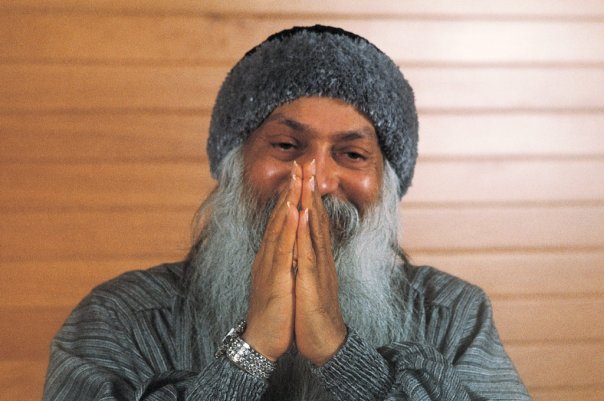 Osho – My whole effort here is to dissolve all categories and to declare the uniqueness of the individual. Never compare me with anybody else. I am simply myself. Good, bad, holy, unholy, whatsoever I am, I am simply myself. The very idea is disgusting, to be compared with anybody else. God never creates carbon copies, he always creates originals, and everybody comes with his own original face. But Polacks I love — that much I have to concede!

A Polack walks into the office of a circus and offers to jump to the ground from ten meters up, head first, without a net. The manager does not believe this so they go to the stage. The Polack gets up to about ten meters height, takes a deep breath and jumps head first. He crashes down on his head, lies still for a few moments and then gets up.
The manager is fascinated. “That’s incredible!” he exclaims. “I’ll pay you one hundred dollars a night.”
The Polack shakes his head.
“Okay, okay, I’ll pay you three hundred dollars a night.”
“No,” replies the Polack.
“I’ll pay you a thousand dollars!” says the manager.
“No,” says the Polack, “I’ve changed my mind — I don’t want to jump anymore. I didn’t know it would hurt so much!”

A Polack discovered that he had three balls. He was so anxious to tell it to someone that he stopped the first man he met on the road and told him, “Do you want to bet that together we have five balls?”
He lost his bet… the other guy had only one ball!

The Polack woman was dying. With her last breath she turned to her husband and asked, “Before I die, make love to me just one more time.”
The Polack husband answered, “How could you ask me to do such a thing? It will kill you!”
The wife pleaded, “Everyone is entitled to one last request before they die, you should grant me this last wish.”
The Polack replied, “Okay.” He got into bed and made love to her. No sooner did he finish than she hopped out of bed completely cured and ran downstairs and started to flick a chicken and yell into the living room, where her children were sitting, that dinner would be ready in an hour.
The children were astounded and ran up the stairs to their father who was sitting in a chair and crying. They said, “Papa, why are you crying? It’s a miracle! Mama is completely cured!”
He replied, “I know, but when I think what I could have done for Eleanor Roosevelt!”

The Polack mind has its own way of working! It is the most intriguing mind in the world! SPIEGEL has done one good thing — it has reminded me of the Polack Pope.

The old Polack general lived with his young wife in a lonely villa. They kept two guards in front of the house to protect them against intruders.
One night the guards saw that the lights in the general’s bedroom were on for a very long time. Suspicious, they snuck up to the window and peeped in. The general’s wife was lying on the bed naked, looking quite bored. The Polack general, also naked, was anxiously walking around the room with a pistol in his hand.
Suddenly he stopped, looked down at his groin and shouted, “Stand up like a man or I’ll shoot!”

Do you remember the famous proverb: “The bread never falls but on its buttered side?”
However, there is a story of a Polack whose bread fell and landed buttered side up. He ran straight away to the Polack Pope to report this deviance from one of the basic rules of the universe.
At first the Pope would not believe him, but finally became convinced that it had happened. However, he didn’t feel immediately ready to deal with the question and asked for time. He studied hard the old scriptures about it, prayed to God and did all kinds of things to find an infallible answer.
After months of waiting he finally came up with an answer. He said to the Polack, “The bread must have been buttered on the wrong side.”