Osho Jokes – Religion is thought to be a very serious phenomenon 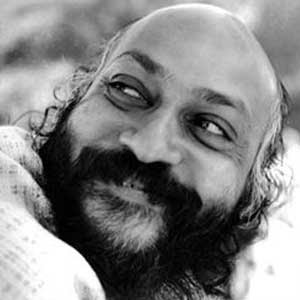 Osho – Religion is thought to be a very serious phenomenon. I may be the first person in the whole history of India who is mixing religion with jokes. Let us start with a few jokes.

The first:
Pierre, a Frenchman, Tonio, an Italian, and Stash, a Pole, were traveling through the country when their car broke down.
They found lodging at a farm, and in the course of the night the Frenchman decided to sneak into the farmer’s daughter’s room.
The farmer heard him walking up the stairs and said, “Who is it?”
Thinking quickly, Pierre whispered, “Meow, meow….”
Twenty minutes later, Tonio made the same attempt. As he neared the farmer’s daughter’s room, the girl’s father shouted, “Who is there?”
The Italian also imitated the feline sound, “Meow, meow….”
Stash decided that he, too, should make an attempt. Just as he got to the girl’s room, the farmer shouted, “Alright, who is it?”
The Polack replied, “It is me, the cat.”

The second:
Benson and his dog were sitting at a bar. He ordered two martinis. Benson handed one to the dog, who promptly drank it, then ate the glass until only the base and the stem remained. Then he left.
“That’s the craziest thing I have ever seen,” said the bartender.
“Yeah, he’s a dumb dog,” said Benson. “The stem is the best part.”

Third:
Mr. Benchley was quietly drinking his martini in a corner when a lady approached him and said, “Don’t you know that stuff you are drinking is slow poison?”
“That’s alright,” he answered. “I’m in no hurry.”

Fourth:
The car hit her and a hundred yards away he stopped and looked back.
“Watch out!” he shouted.
The woman raised herself on her elbow and screamed, “Why — are you coming back?”

The fifth and the last:
Roxanne, a beautiful, well-built blonde, applied at a circus for the job of a lion tamer. Ralph was another candidate.
“I will give you both a chance,” said the manager. “The girl can go first.”
Roxanne, wearing a full-length mink coat, entered the cage. A huge lion was let in with her and immediately the animal started to charge.
Suddenly, Roxanne opened her fur coat and stood there, completely naked. The lion stopped dead in his tracks and began licking her feet, then her hands, then he went meekly back to the corner.
The manager was amazed. He turned towards the young man. “Well, pal, do you think you can top that?”
“I sure can,” said Ralph. “You just get that stupid lion out of there and I will show you.”