Osho – Know your Chief Characteristic and become Aware of it, 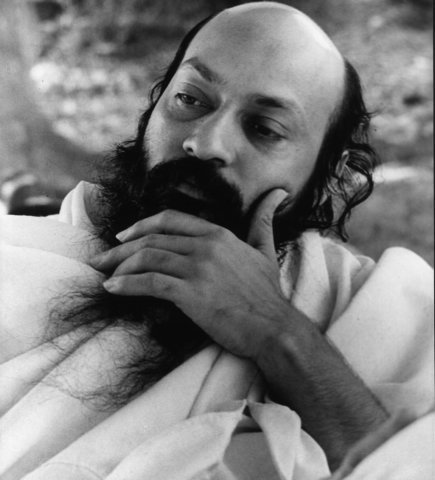 Osho – The problem is with those people who think they know. They are in real trouble. They know not and they think they know. So there is no possibility for their growth. And they insist and they defend their knowledge. In defending their knowledge, they are defending their ignorance. If you are ill, you seek a physician. But if you pretend that you are not ill, and you are ill, you avoid the physician. Even if the physician comes to your home, you will say: ’Why have you come here?’

Gurdjieff, working with his disciples one day, told a group: ’Unless you know your chief characteristic and become aware of it, you will not be able to enter into your essence and you will remain stuck to your personality.’

Somebody asked: ’Please give us concrete examples.’ Gurdjieff said: ’Look at the man who is sitting in front of me. His chief characteristic is that he is never at home.’ Everybody could see the absent-mindedness on the man’s face.

But the man shrugged his shoulders and said: ’What did you say sir?’ – because that is the chief characteristic: he is not at home. He is always somewhere else, and he wants to grow. Impossible – because you have to be at home to grow.

Then Gurdjieff turned to another and said: ’Look at this man. His chief characteristic is that he is always arguing with everybody and everything.’ The man became very heated and said: ’Sir, there you are wrong! I never argue!’

Find out what you are defending. That may be the clue to enter within. Just last night, a sannyasin said that from her very childhood, she has been feeling that she is stupid. And she is afraid, so she goes on defending. She tries not to do anything which is stupid. Now she is in a mess, because what can you do? You can avoid, but WHO will avoid? – the stupid mind will avoid. In avoiding, you will do the same stupidity again.

A stupid person… and all persons are stupid unless they become aware and alert. All persons are stupid. So when I say stupid, I don’t mean any condemnation – I simply indicate a state of unawareness. Everybody is born stupid. Fortunate are the few who don’t die stupid.
Stupidity is the sleep you live in. How can you avoid it? How can a man who is fast asleep avoid dreaming? If he tries, he will create another dream. In the very avoidance, he will do something stupid. Don’t avoid it. Accept it!

Because avoidance is trying to defend it. You don’t want anybody to know that you are stupid, but that is not going to help. And the trouble is, that by avoiding continuously, you may yourself forget that you are stupid. Then you are settled in it. Then there is no way out.

That’s how you have created your troubles. You have been avoiding them. Then you deceive others and by and by you are deceived yourself. People come to me with problems, but those are not the real problems. Rarely a person comes with an authentic problem. Otherwise they don’t know exactly what their problem is. They have a false problem, so they can be engaged in solving it.

They will never be able to solve it – because a real disease can disappear; an unreal disease cannot disappear. In the first place, it is not there. How to make it disappear? And by fighting with the wrong disease, they are defending the right disease. They are engaged in fighting with something which is absolutely pseudo. So they are giving time for the real disease to grow and spread, and become a cancerous phenomenon in their being.

To look at the right problem is difficult because from the very beginning you have been taught to avoid. In the Poona newspapers, every day I see somebody dies-husband dies, a wife dies, and in the memory a picture is printed: ’My wife left for the heavenly abode, this very day, one year ago.’