Osho – Lao Tzu cannot speak truth, but to be with Lao Tzu you may get the right direction 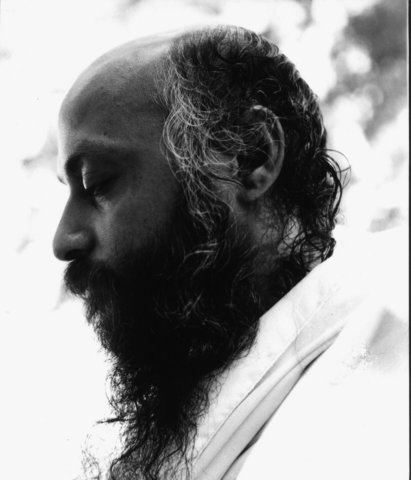 Question – Beloved Osho, Probably no enlightened master has spoken so many millions of words about the truth as you have. Lao tzu says, “the truth that can be spoken is not the truth.” Beloved Master, what do you say?

Osho – Lao Tzu is right. The truth that can be spoken is no longer true, because the mechanism of language distorts the experience — which happens beyond mind, beyond words. To pull it down to the darker valleys of language is certainly distorting it.

If a man speaks about the truth he may not be able to say it… but you can get a glimpse from his eyes, you can get something from his gestures — something not from the words but the way the words are spoken, the emphasis, the gaps. The presence of such a man speaking may be just an excuse to allow you to be showered by his presence.

Lao Tzu cannot speak truth, but to be with Lao Tzu you may get the right direction. His presence may prove to you that there exists something that you know nothing about, and that it is so precious that all that you know and all that you have is worth sacrificing… that what you see in the presence of the master, of a realized man, is so precious that it has to be discovered; it has to become your experience too.

I have spoken millions of words just in order to give you a taste, a feel. Truth I cannot give to you — nobody can give it to you — but I can open my heart to you, which has known the truth, lived the truth. And that opening may help you in a very indirect way to go on your own pilgrimage. It may give you confidence that all this talk about truth is not just talk, that it changes people, that it changes their very presence, that it gives them a certain fragrance, a certain power, a certain authority. They don’t speak like anybody else. They are not orators, they are not speakers; they simply open their heart. Perhaps the rhythm of their heart will change the rhythm of your heart.

Listening to them you may not get the truth, but you may be transported into another world: a world of silence, a world of immense peace, a world of benediction. And all those are immensely helpful for the search.

So Lao Tzu is both right and wrong: right because what he is saying is exactly so — the spoken truth is no longer true. But that is not all. If the truth is spoken by someone, and if it is out of experience — and it can only be out of experience — then that very person, his every act radiates something. It is contagious. Hence, whether truth is conveyed to you or not is not important. What is important is that if you become convinced that there is something like truth, there is a certain transformation that brings the full flowering of the being, then the word, the language, has done more than can be expected!

So I say again, Lao Tzu is right and not right. And my emphasis on not right is more than on his being right; otherwise I would not have spoken millions of words, I would have remained silent. But I saw that it is not only a question of speaking; much more is involved. It shows why no mystic in the whole history of man has ever written anything.

The reason is that the written word will miss all that the spoken word has. It will be the same word — spoken or written makes no difference. It will be the same statement written or spoken, but why has no mystic agreed to write? The reason is that they were all aware that the spoken word has a living quality, because experience is behind it, a heart is beating behind it, a consciousness is making arduous effort to reach to you.

The written word is dead, just a corpse. You can worship it but it cannot give you anything. All scriptures are dead. Perhaps when they were spoken it was a different phenomenon. If the man who had spoken them was speaking out of his own realization, then something — the very vibe — is carried away by the word.

Truth may not be expressed, but truth becomes a reality. Seeing the master, seeing one who is a realized one, you become certain: if you are groping in the dark, don’t be worried, and don’t feel hopeless. Go on groping! Every night has a morning to it, and sooner or later you will find the door, you will reach to the point. If one man has reached, the whole humanity can reach. He is enough proof.