Osho – Leave children alone. Never impose any religion on them 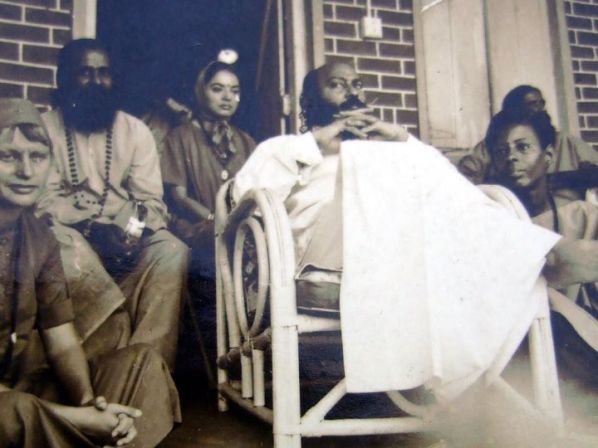 Question – My little son was never baptized. will this be of importance.

Osho – It is very important! It is good that he was never baptized because baptism is such a significant thing — it cannot be forced upon anybody. When you force it on a child you are creating an artificial religion for him, and if that artificial religion remains there he may forget all about the real religion. He may become a Christian and he will miss Christ.

Good, your child is fortunate. Blessed is he who is not baptized by his parents — then he is available, clean and clear. Whenever he becomes ripe enough, when he becomes aware, then he can seek his religion.

Religion has to be lived, religion has to be chosen. It is a commitment — how can you commit for your child? Who are you to commit for your child? Help the child to grow, love him deeply, and don’t give him answers which you don’t know yourself. If he asks,’Is there a God?’ tell him the truth, that you don’t know! Tell him the truth, that you are seeking; tell him the truth, that he has to seek himself; and tell him that if someday he finds, he has to tell it to you also. Be humble. Before the child, the temptation is great in the parents to be knowledgeable — that is foolishness. You don’t know anything about God and you go on teaching the child, you go on conditioning his mind. Don`t condition anybody’s mind. Leave him — intact, untouched, virgin. One day….

Because religion is such a deep urge, it need not be taught. Through the teachings the urge is corrupted. It need not be taught. Leave him to himself, love him. Through your love he will create the opportunity to understand prayer someday. Love him, and through your love he will become aware that existence must be a mother to him, a father to him. But don’t talk about the Father who is in heaven, just be a father to him. Your being a father will have given him the first glimpse that the existence is not alien, that somebody takes care, that somebody loves. Love him, mother him so that he comes to feel that existence is a mother. Through your care through your love, through your mothering let him become aware of certain qualities in existence.

Don’t talk theology — it is rubbish. Don’t go on telling him,’Pray.’ Wait, let the right moment come, but help the situation so that he becomes capable of prayer. Don’t teach him the words of the prayer. Just create a situation in the family: the atmosphere of prayerfulness. The father prays, the mother prays, and when the child sees father praying he can feel the delight that comes on his face. He can see that he is transported to some other world. He can see that after prayer, for hours he is a totally different person — more loving, more soft and delicate. He can see that after prayer there is an after-glow that follows the father the whole day.

There is no need to teach anything. One day you will suddenly find when you open your eyes after your prayer, that your child is sitting by your side — deep, somewhere else, his eyes closed. He does not know the words, but now he understands the feeling, and that is REAL baptism. Don’t force him to go to church because church will corrupt him, and he will start thinking that religion is nothing but a business. He will understand by and by, that religion is nothing but politics.

All mystics, without exception, know that all religions are true; all philosophers, without exception, know that all religions are false; and all politicians, without exception, know that all religions are useful. Don’t teach the child the politics of religion. Leave him intact, alone, but give him an opportunity, a milieu, an atmosphere, a climate where he can feel in touch with what religion is. Then he will be religious. He may not be a Christian, but that is pointless, that is meaningless. He may not be a Hindu, but he will be religious. But parents are more interested that the child should be a Christian — he should follow the same foolishness that they have been following. The child should be a Hindu — he should be corrupted in the same way they have been corrupted. The child should have an identity of belonging to some organization — the same that they belong to. This is the politics of religion; it is not religion at all.

And remember when I say that life is God, I don’t mean life with a capital L, no; but just with a lower-case l. Just ordinary life is God.

A journalist just a few days ago asked Jean-Paul Sartre,’What is the most important thing in your life today?’ Sartre said,’I don’t know. Everything: to live, to love, to smoke.’ This is a Zen kind of answer. Sartre is not a religious man but the answer is very religious. He has never belonged to any church, he does not believe in God, but the answer is religious.’I don’t know’ — that is the first religious quality of it because only foolish theologians know. A religious man is simply aware of his tremendous ignorance. Life is a mystery; how can you know it? He knows only one thing, that he does not know.’I don’t know!’ — ask any priest, he cannot say that. He will immediately open his Bible and say,’Here is the answer. I know.’ And he is simply repeating borrowed knowledge. He is a parrot.

Once I went to Varanasi and a great scholar of the Vedas invited me to his home. He was very happy to show me his parrot, because the parrot could recite many things from the Vedas, from the Gita, from the Upanishads. I laughed. The pundit said,’What’s the matter? Why are you laughing?’ I said,’I am laughing because I don’t see any difference between this parrot and you. The parrot is a scholar and you are a parrot.’ He has been angry since then.

Somebody asked Joshu — a Zen Master, a rare being; the person who asked must have been a sceptic — he said,’Joshu, I have heard that you say that God is in everything. What about a dog?’ Nobody has answered this way: Joshu jumped on his four legs and started barking. He said,’I am a dog, and also a god.’ Joshu barking is God barking.

Then there is no difference. Nothing is small and nothing is great. The smallest carries the greatest, and the greatest carries the smallest; then the lowest is the highest, and the highest is the lowest; then the valley goes to the peak and the peak comes to the valley. That is the meaning when I say that sex is samadhi and samadhi is sex. Then there is no difference between the low and the high. Everything! — to live, just to live today is the most important thing. To love, and to smoke…. Such an ordinary thing, to smoke, but when a religious man smokes he smokes religiously; there is no other way.

I said,’His vulgarity is religious. Even when Ramakrishna says ‘son-of-a-bitch’, it is a blessing. Yes, it is a blessing because whatsoever he says is purified by his saying it. Even a vulgar word becomes sacred; the touch of a Ramakrishna transforms it.’ So I told him,’Don’t be worried. Wherever Ramakrishna treads, it becomes holy. If he goes to a prostitute’s house, that becomes a temple. Because it is not a question of an outer house or an outer world, it is the quality that you bring to it.’To smoke,’ Sartre says,’is the most important thing today.’ Yes, I also say that smoking can be as beautiful and sacred as chanting — it is a chanting in smoke. It depends on you.

So don’t teach a child Christianity, HYinduism, Jainism. At the most, give him a milieu, if you love him, so that he can grow a sensitivity towards what religion is in its essence in its purity. Don’t teach him about so many flowers, just let him become sensitive to the fragrance of it — that will do. THAT is baptism.