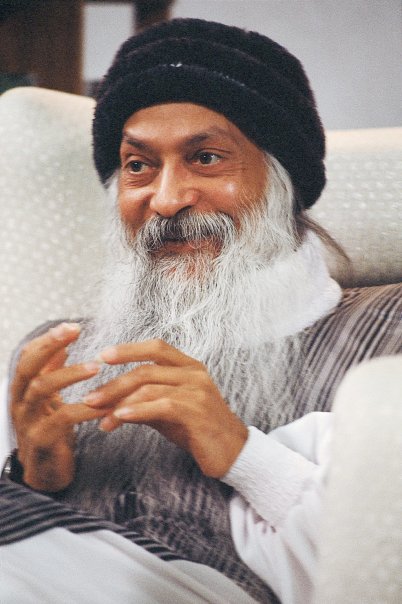 The day that Alexander was dying he wanted his physicians to let him live at least twenty-four hours more, because he had promised his mother that he would be back. The mother was very much afraid because he was going on such a long journey to strange lands and he had this mad idea to conquer the world: he may be killed, he may never be back. His mother was very worried. He had promised his mother that, ”Don’t be worried! I am a man of word – I will come back. Whatsoever happens I will be back.”

And now he was only a few miles away from the mother, he had almost arrived: just twenty-four hours more were needed and he would have reached and fulfilled his word. But the physicians said, ”It is impossible, we cannot do anything.” He was ready to give half of his kingdom, but they said, ”Even if you give the whole of your kingdom it can’t be done, it is impossible. Death has arrived, there is no more time left.”

It is said that Alexander wept and said, ”If I had known this before, that you cannot extend your life even for twenty-four hours in exchange of your whole kingdom, I would not have wasted my life in conquering the world. Rather I would have lived, loved.” But it was too late. And many people become aware when death arrives, but then it is too late. This is good, that you are becoming a sannyasin while you have enough time to live creatively, to live intensely, to live passionately.