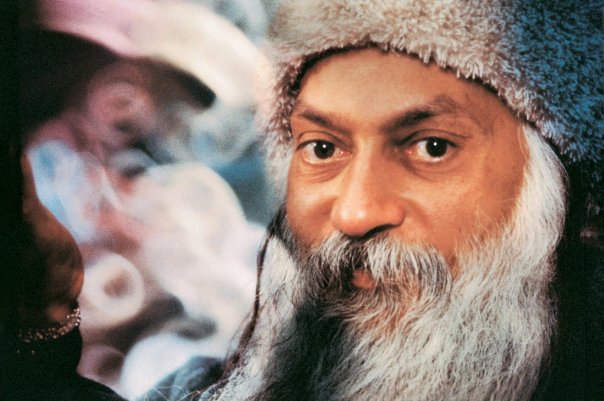 Question – Beloved Osho, I have heard you say, “Let Go — no Effort is needed.” but i am afraid of letting go because then i slip into my old patterns. please comment.

Osho – It is one of the difficulties. Letting go, one can slip into old patterns, old conditionings. Still, take the risk.

The fear has some validity; you can fall back into your old patterns. But don’t be afraid, just remain watchful; and meanwhile, if it happens that way…. It is not necessarily so that it will happen to everybody, to fall into old patterns. Only those friends who have forced themselves into the new discipline will find it happening, that if they let go they will become their old selves.

But it will be good, because that will show you that whatever you were thinking you had become, you have not become. It was just an enforced, controlled, suppressed, inhibited phenomenon. Letting go will make it clear to you.

So it is going to help both kinds of people. Those who have grown up into the new lifestyle by letting go, they will go higher. Those who have forced themselves into the new lifestyle, and in whom there has been a resistance somewhere, a part fighting against it — if they let go, that part is going to take over. That too is good. You will become aware that what you were thinking you are, you are not.

And as you move from the new lifestyle that you have forced, if you continue to watch and remain in a let-go, even when you see the old pattern emerging, that too will disappear, because that too is forced, forced by society. That too is not natural. And when everything forced has disappeared, only then are you your natural being.

My effort is to create the natural man — human, with no guilt, accepting all the frailties, failures the human being is prone to. In this deep acceptance of your natural being is the seed of your transformation. And when it comes by itself then it is a growth. When you force it, it is not a growth, it is just wearing a mask. And even before a mirror you can befool yourself wearing a mask: you can start thinking that this is your face. Letting go means your masks will slip down, your personality will slip down, your ego will slip down.

Go on till all these things disappear, till the moment you find a crystal-clear naturalness, a spontaneity of being. So there is no need to be afraid. Most of you will find that whatever you have does not go — it is growth. A few of you will find that you have just managed something — it has not been a real growth; you have been pretending. Then you will fall into the old pattern.

This time don’t make the same mistake again. Remain watchful and go on in the same process of letting go. Your old patterns are also false; they will also disappear. If the let-go is complete it will leave you in your natural self, in your authentic being. And to me that is the beginning of self-realization, the beginning of your enlightenment.

But it can begin only when you have found the natural source of your being. Your pretended selves, your hypocrite patterns, your masks — they cannot become enlightened. Only your original face can become enlightened. So to be original and natural is the most important thing for a traveler on the path.