Osho – Life is a curse if you are not aware 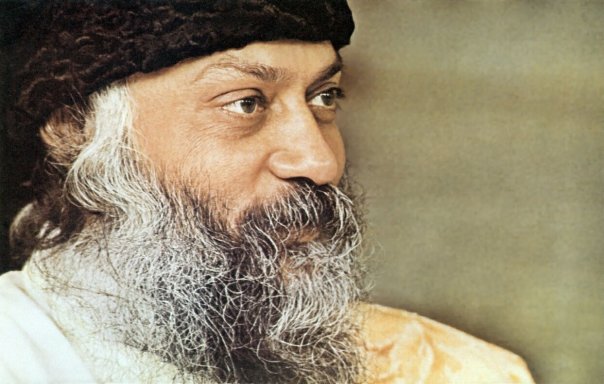 Osho – Life is a curse if you are not aware. Then it is nothing but misery. It is only thorns, not a single rose. From the cradle to the grave there are hopes and man goes on living because of those hopes, but they are never fulfilled.

In the end there is only despair, hopelessness, anguish. That’s our whole anguish. But this tragedy happens only because we are not aware. Awareness functions like magic: it transforms everything into its opposite. Anger becomes compassion, greed becomes sharing, hate becomes love, the very darkness of life becomes light. And then suddenly one discovers that the thorns were not there outside; they were our projection of an unconscious state.

Once you are conscious, there are only roses and roses. The person who coined the proverb that life is not a bed of roses must have been unconscious, unaware, because all the awakened ones say just the opposite: Life is a bed of roses. Hence all that a sannyasin has to do is to shift a gear inside himself from unconscious to consciusness.

The process can be reduced into a simple formula: whatsoever you do, do it but remain alert. Walking, watch your walking; eating, watch you. eating just don’t go on stuffing youself mechanically. The mind is somewhere else, you are thinking a thousand-and-one things and the hands go on stuffing and the mouth goes on chewing. That is a mechanical process. You are not aware of what you are doing.

If you are totally in the moment — only then can you be aware. So forget the whole world while you are eating. Eating, just eat; walking, just walk; listening, just listen; talking, just talk and remain totally in it, alert, aware of each gesture, each nuance. And slowly you will get the knack of it, the hang of it.

It is not a science, it is not even an art. It is only a knack, like swimming — you have just to start throwing your hands. First start in shallow water so there is no fear, then go deeper. First begin with the body — that is the shallowest part of our being. Then go into the mind. Then watch your thoughts, desires, memories. Then go still deeper, dive still deeper — watch your emotions, your moods. And then the fundamental and the ultimate plunge, the fourth, where your centre is. Then become aware of your awareness itself. The moment one is aware of awareness itself the circle is complete . And that is the moment we in the East have called enlightenment.

So almost every counrty is politicallty free but the people are in the same misery. One can try to be economically free. The moment you become rich you are economically free. You can purchase anything you want, you can have all the things of the world. There is no limitation. You can have the best house, the best of everything; still, something will be missing. You will not feel contented. You will not really feel free . On the other hand, you will feel hampered by all your possessions.

The richer a person gets, the more and more he is imprisoned in his richness. He cannot even sleep well. He cannot live in a relaxed way, although he always wished that when the money would be there he would live in a relaxed way. Then life would be just a long holiday. He now has a house in the mountains, a house on the beach, a beautiful yacht in the sea, an aeroplane and everything, but he has no will to relax. In fact in earning all this money he has learned one thing: how to remain constantly tense. He has been always on his tiptoes. Now it is too late to relax.

Relaxation needs a totally different kind of skill — the rich person misses it. Hence the rich person only appears rich. Really he is as poor as anybody else, maybe far poorer than the poor ones. Apparently he has all but inside there is only nothingness, and the freedom that he was thinking would come through econonic prosperity has not arrived.

Money can be earned, freedom cannot be earned. Freedom has to grow within you. It grows simultaneously as a by-product of awarness. The more aware you are, the freer. The moment your awareness is at the peak, your freedom is also at the peak. So only a Buddha, a Christ, a Zarathustra — these few people — have lived and known freedom. And that is the goal of sannays: absolute freedom. The method is awareness.