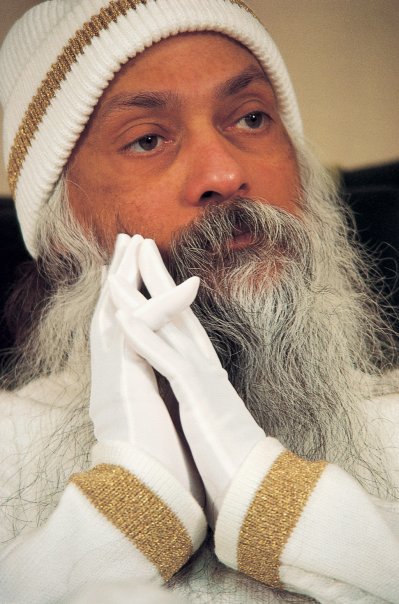 Question – Osho, Is life not sometimes far more surprising than fictions themselves?

Osho – Praghosh, NOT ONLY SOMETIMES BUT ALWAYS. Fictions are only reflections of life — how can they be more surprising? No fiction is so fictitious as life itself; life is made of the stuff called dreams. Hence the mystic says life is illusion, MAYA, a mirage. It is a mystery, unfathomable, infinite, beginningless, endless.

So I will not say that only sometimes it is surprising; each moment of it is a surprise, but you don’t feel it. You feel it only once in a while when something really extraordinary happens and you are shocked into wakefulness. Only then do you understand that life is far more surprising — because you are fast asleep. Unless something out of the way, very outlandish, far out, happens, and you are shaken and shocked into a little bit of awareness, only then do you see what a miracle life is, how much surprise it contains.

But to the Buddhas each moment of it is a surprise, because it is each moment new, renewing itself. Everything is extraordinary if you are alert, if you are sensitive enough, if you are open enough. Then the whole of life, from the mundane to the sacred, from the lowest to the highest, the whole of life is such a mystery that you are always in for a surprise. It depends on your sensitivity, it depends on your awareness, it depends how conscious you are.

The inquirer was obviously puzzled. “Then what is the difference? You used to chop wood and carry water, you still chop wood and still carry water — then what is the difference?”
The Master laughed. He said, “The difference is infinite! Before I simply used to chop wood not knowing the beauties that surrounded me. Now chopping wood is not the same because I am not the same. My eyes are not the same, my heart beats in a different rhythm — my heart beats with the heart of the whole. There is a synchronicity, there is harmony.

“Carrying water from the well is the same from the outside, but my interior has become totally different. I am a new man, I am born again! Now I can see in depth, I can see into the very core of things, and each pebble has become a diamond, and each song of a bird is nothing but a call from God, and whenever a flower blooms, God blooms for me. Looking into people’s eyes I am looking into God’s eyes. Yes, on the surface I am carrying on the same activity, but because I am not the same the world is not the same.”

Start becoming a little more alert and watch things, and you will be surprised. Life is mysterious, unexplainable — life is absurd. You cannot prove anything for or against.

It is said that when Hotei attained enlightenment he started laughing. He lived at least thirty years afterwards; he continued laughing for thirty years. Even in sleep his disciples would hear him giggling. His whole message to the world was laughter; he would go from one town to another just laughing. He would stand in one marketplace, then in another, just laughing, and people would gather. His laughter had something of the beyond — a Buddha’s laughter. He is known in Japan as ‘the laughing Buddha’.

His laughter was so contagious that whosoever heard it would start laughing. Soon the whole marketplace would be laughing; crowds would gather and laugh and they would ask him, “Just give us a few instructions.”
He would say, “Nothing more, this is enough. If you can laugh, if you can laugh totally, it is meditation.”

Laughter was his device. It is said many people became enlightened through Hotei’s laughter. That was his only meditation: to laugh and help people laugh. Just watch life, and you will be surprised.

A Scot, an Italian and a Jewish man were dining together in an expensive restaurant. When the bill arrived, the Scotsman promptly declared that he would take it.

Now this is impossible! “The Scotsman promptly declared that he would take it.” Can you believe it? Is it possible? It has never happened, it is not going to happen — but that day it happened.
The next day the newspapers carried the headline: “JEWISH VENTRILOQUIST SHOT IN RESTAURANT.”

McLeod and his wife visited one of the circus airfields where they charge fifty dollars for a plane ride just around the town. Naturally he would not spend the money until the pilot approached him.
“I will take you and your wife up for nothing,” he said. “It will be a rough ride — but if you and your wife let out one single word, one sound, while we are up there, then it is double.”
McLeod accepted the challenge and up they went. It really was a rough ride — dives, loops, turnovers. Finally they landed.
“You win,” said the pilot. “Not a word out of you.”
“No,” said the Scotsman. “But I almost did speak when my wife fell out.”

Just look at people! And each person is a fiction, and each person carries so many stories in his heart. Love people, search in their souls, and you will not need to go to the movies and you will not need to read novels. EACH person contains many novels and many movies, but we don’t listen to people. We don’t see people face to face, we don’t hold their hands, we don’t allow them to open their hearts.

For the first time humanity has become very closed. Each person is living a windowless life, completely encapsulated. Open up! Throw your doors and windows open. Let wind and rain and sun come in Let people enter into you and you enter into people’s lives. That is the only way to become aware of the tremendous mystery of life. And to be aware of the mystery of life is to be aware of God.

One day King Arthur decided to go in search of the Holy Grail, but he hesitated to leave his knight, Sir Lancelot, with his wife, Queen Guinevere, so he went to ask the wise Merlin for advice. Merlin told him to give him a few days to think it over.
A few days later King Arthur returned to see Merlin who proudly showed him his new invention — a chastity belt. Puzzled, King Arthur looked at it and said, “But this is no good — it has the hole in the wrong place! ”

Merlin said, “No, no! You just watch this.” And he picked up a pencil and put it in the hole. The pencil snapped in half.
King Arthur was absolutely delighted and departed with the belt. After putting it on his wife he set off in search of the Holy Grail, his mind at peace about Guinevere and Sir Lancelot.

Many weeks later he returned — and immediately lined up all his knights in the castle courtyard and told them to pull down their trousers. Lo and behold, all the knights were castrated except the one at the end of the line, Sir Lancelot.

King Arthur, distraught at having mistrusted his gallant knight — the only one to have upheld the honor of Queen Guinevere — went up to him and said, “I give you my humble apologies. You are the knight that I mistrusted the most, but in fact you are the most loyal. I will grant you anything that you ask for. Say what it is that you desire.”
And Sir Lancelot went, “Mm mm mm….”