Osho – Life is not just logic. It does not follow a clean-cut path 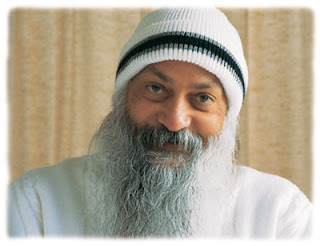 Osho – A bachelor named Clem showed up at his weekly poker game with a black eye.
His friend Joe asked what had happened to him.
“Well,” Clem replied, “when I was getting dressed this morning a button came off my pants. I don’t know how to sew a thing, so I went to the next apartment and asked the woman there if she would sew it on for me.”
“Oh boy,” Joe said, “she probably thought you were making a pass and socked you, huh?”
“No, that was not it,” said Clem. “She was as nice about it as she could be. Got out a needle and thread right then and there. She sat down in front of me and sewed the button on while I was standing there. But just as she finished and was biting the thread off, her husband walked in.”

Life is not just logic. It does not follow a clean-cut path, it goes zigzag. And it is good that it is not simply logical, otherwise there would be no joy, there would be no surprise, you would be simply machines, not men. Coincidences never happen to machines, they can’t happen to machines, they can happen only to man. It is your being conscious that makes them possible. Remove man from the earth and all coincidences will disappear, things will be following simple, logical law. But remove man and life loses all its beauty, because life loses its ultimate peak of evolution.

One thought on “Osho – Life is not just logic. It does not follow a clean-cut path”