Osho – Life is strange because it is a great mystery 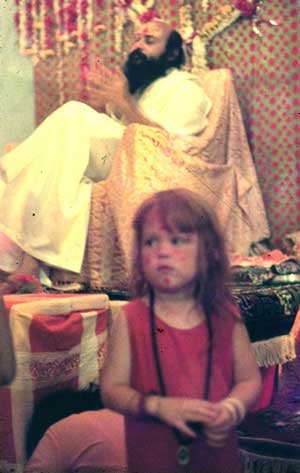 Question : Why is it said that Life is stranger than Fiction?

Osho : Because life is! Fictions are only reflections of life; how can they be stranger than life? Fictions are only parts of life. Life is a very complicated whole: it does not begin, it does not end. Your fiction starts and ends. I know a person who always reads his novels from the middle. I asked him, ”What is the point?”

He said, ”This way you remain more in suspense – the end is not known, the beginning is not known. If you start from the beginning you are only curious about the end. I am curious in a double way. I enjoy it more totally!”

And then there are people who supply the answers. They say, ”On a certain day God created the world.” And what had He been doing before that? Just sitting there stupidly? And how long had He been sitting? Christians say, ”God created the world EXACTLY four thousand and four years before Jesus – on a certain Monday He started, and ended by Saturday evening, and rested on Sunday.”

Then what w as He doing before that? – immense eternity! He must have got bored. In fact Eve must have committed suicide or must have gone mad.

You will need space. God says, ”Let there be light! ” But where? THERE IS needed. Time will be needed. How can Monday start suddenly without time? It needs a Sunday before it, otherwise how will you call it Monday? It will be so absurd.

Rocks are in you, you are in the rocks. The farthest corner – if there is any – is connected to you. Touch a small pebble and you have touched the whole of existence. Kiss a woman and you have kissed the totality, because that woman is part of totality. When you kiss a woman you have kissed her mother too, and the mother’s mother.

You may not like it… but nothing can be done about it – millions and millions of mothers-in-law, standing in a queue behind your woman, from the very beginning. And you have also kissed the child that is going to be born to the woman, and the children’s children, and the whole future. Because the woman will go on reverberating, she will live in the daughter, and the daughter’s daughter, and she will go on living in millions of ways.

When you kiss a woman you have kissed the whole past and you have also kissed the whole future. Touch reality anywhere and you touch the total. And the total is so immense, immeasurable. Life is very strange because it is a great mystery.