Skip to content
Osho on Love Osho on Religion Dogmas

Osho – love has to be unconditional, non-dominating, non-possessive 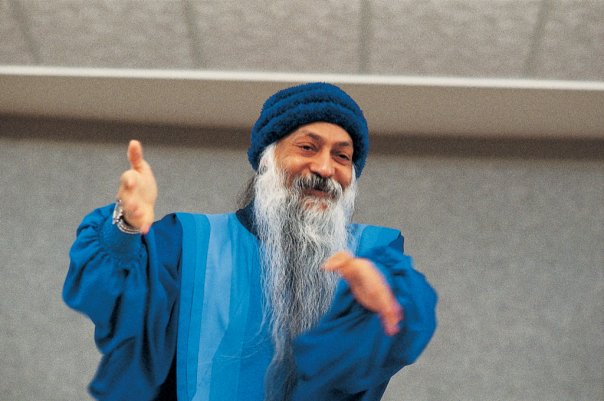 Osho – Life is an art. One has to go on learning more and more about it. And the best way to transform oneself into a noble spirit is love. Love is the very alchemy of transformation. But up to now religions have been teaching people to hate. They sermonize on love; in the churches, in the temples, in the mosques, they talk about love and they create hate.

Now Christians have killed so many people down the ages and they still go on saying that god is love, that Jesus taught the way of love. All that Christians have done is nothing but murder people, burn people alive, for stupid reasons.

Hundreds of nuns were burned alive in the Middle Ages for the stupid reason that they were thought to be having intercourse with the devil. In fact the pope should have been burned because it was the priest and the whole strategy of the priests that created that state.

If a woman is continuously repressed, then naturally that repression starts bringing sexual dreams. Sex was thought to be the devil’s work, so the idea of sex and the devil were associated. It was a perverted state of mind in which the poor woman started believing that because in her dreams she made love to the devil, she was corrupted. Not only that, you will be surprised to know that many nuns started believing that they had become pregnant. Their periods stopped — mind has such power over the body — and their stomachs started showing signs of pregnancy. It was all hot air — nothing inside! But of course these were enough proofs.

They started walking like pregnant women and they themselves confessed before the church that yes, they had made love with the devil in the night and that’s why they were pregnant. They were burned alive! And the same has been the case with other religions; each religion has been destroying people of other religions. Christians killed Mohammedans, Mohammedans killed Christians, Mohammedans killed Hindus, Hindus have killed Mohammedans. It has been going on and on for thousands of years. It seems love is only a word. And mind is so cunning, it can even rationalize. It can say that to save our philosophy of love we have to fight, we have to destroy those who want to destroy our philosophy of love.

And the Mohammedans were doing the same. The name of their religion is Islam; Islam means peace, and Mohammedans have been the most trouble — creating people in the world. They have nothing to do with peace, they have created more turmoil than anybody else.

Hindus talk about tolerance, but my experience of living in India is that Hindus are the most intolerant people in the world. Even when they show tolerance their tolerance is egoistic, it is an insult. They are saying we are tolerant because we know that we are right and you are wrong; we can tolerate these stupid people, these foolish people. We have the truth and nobody else has the truth. We are spiritual and everybody else is materialist, so of course a spiritual person has to tolerate all kinds of people. But in their tolerance there is deep intolerance, in their tolerance there is ego and nothing else.

The very word ‘tolerance’ is ugly. Who are you to tolerate anybody else? One has to accept everybody the way they are, there is no question of tolerance. Tolerance shows hatred. It is not a good word, it is not a virtue. Up to now love has remained only a word and we have been brought up, poisoned, from the very beginning.

My effort here is to de-condition you so that all the heritage of the past which is ugly, inhuman, can be put aside and you can have a rebirth. And if one can be loving, there is no other religion needed, no other scripture, no god even is needed; love is enough, more than enough. It will open all the secrets. It is a small key but capable of opening all the doors, unlocking all the doors, all the mysteries of life.

Remember it, only a loving soul is noble. And love has to be unconditional, non-dominating, non-possessive. Love has to be the sheer joy of sharing with no desire to get anything in return. Much comes but that is another matter; the desire should not be there. One should love for love’s sake, because it is such a beautiful experience, it is such an ecstasy, that what more could one desire in return? It has intrinsic value.