Osho – Man has a hidden woman in himself; So has the woman a hidden man in herself 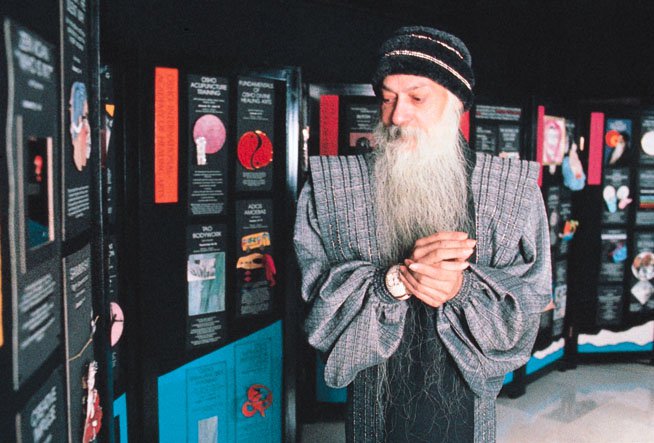 Osho – There are two approaches towards reality: one is logical. Of that approach, Aristotle is the father in the West. It simply moves in a line, a clear-cut line. It never allows the opposite; the opposite has to be discarded. This approach says A is A and never not A. A cannot be not A. This is the formulation of Aristotelian logic — and it looks perfectly right, because we have all been brought up with that logic in the schools, colleges, universities. The world is dominated by Aristotle: A is A and never not A.

The second approach towards reality is dialectical. In the West that approach is associated with the names of Heraclitus, Hegel. The dialectical process says: life moves through polarities, through opposites — just as a river flows through two banks which oppose each other, but those opposing banks keep the river flowing between them. This is more existential.

Electricity has two poles, positive and negative. If Aristotle’s logic is of existence, then electricity is very, very illogical. Then God himself is illogical, because he produces new life out of the meeting of a man and a woman, which are opposites — yin and yang, male and female. If God had been brought up by Aristotle in an Aristotelian logic, in the linear logic, then homosexuality would have been the norm and heterosexuality would have been perversion. Then man would love man and woman would love woman. Then opposites could not meet.

Otherwise life would be a monotony, not a symphony. Life would be a boredom. If there were only one note continuously being repeated, it would be bound to create boredom. There are opposite notes: thesis meeting with the antithesis, creating a synthesis; and in its own turn, synthesis again becomes a thesis, creates an antithesis, and a higher synthesis evolves. That’s how life moves.

Thus Buddha’s approach is dialectical, and it is more existential, more true, more valid. A man loves a woman, a woman loves a man — then something else has to be understood too. Now biologists say, and psychologists agree, that man is not only man, he is woman too. And woman is not simply woman, she is man too. So when a man and a woman meet, there
are not two persons meeting but four persons meeting. The man is meeting with the woman, but the man has a hidden woman in himself; so has the woman a hidden man in herself; they are also meeting. The meeting is on double planes. It is more intricate, more complex, more intertwined. A man is man and woman, both. Why? — because he comes out of both.

In a better world, with better understanding, a man will be both, a woman will be both — because sometimes a man needs to be a woman. There are moments when he needs to be soft — tender moments, love-moments. And there are moments when a woman needs to be expressive and aggressive — in anger, in defense, in rebellion. If a woman is simply passive, then she will turn into a slave automatically. A passive woman is bound to become a slave — that’s what happened down the ages. And an aggressive man, emphatically aggressive and never tender, is bound to create wars, neurosis in the world, violence.

Man has been fighting, continuously fighting; it seems that man exists on the earth just to fight. In three thousand years there have been five thousand wars! War continues somewhere or other, the earth is never whole and healthy… never a moment without war. Either it is in Korea, or it is in Vietnam, or it is in Israel, or India, Pakistan, or in Bangladesh; somewhere the massacre has to continue. Man has to kill. To remain man, he has to kill.

Seventy-five percent of energy is put into war effort, into creating more bombs, hydrogen bombs, neutron bombs, and so on and so forth. It seems that man’s whole purpose here on earth is war. The war heroes are respected the most. The war politicians become the great names in history: Adolf Hitler, Winston Churchill, Joseph Stalin, Mao Zedong — these names are going to remain. Why? — because they fought great wars, they destroyed. Whether in aggression or in defense — that is not the point — but these were the warmongers. And nobody ever knows who was aggressive — whether Germany was aggressive or not, it all depends on who writes the history. Whosoever wins will write the history, and he will prove the other was the aggressor.

Nobody knows what is true. One thing is certain: that man puts his whole energy into war effort. The reason? — the reason is that man has been taught to be just man, his woman has been denied. So no man is whole. And so is the case with woman — no woman is whole. She has been denied her male part. When she was a small child she could not fight with boys, she could not climb on the trees; she had to play with dolls, she had to play ‘house’. This is a very, very distorted vision.

Man is both, so is woman — and both are needed to create a real, harmonious human being. The existence is dialectical; and opposites are not only opposites, they are complementaries too.