Osho – Man needs as much liberation as woman 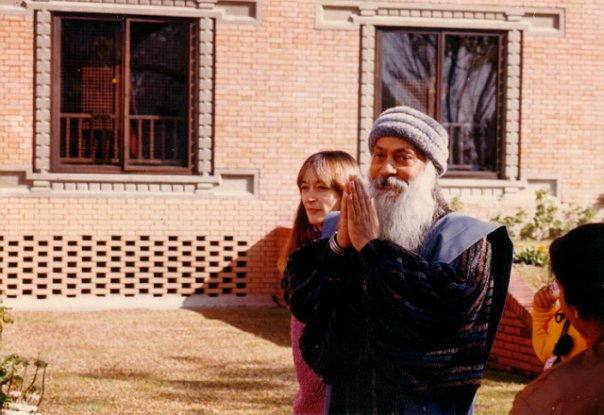 Question – Beloved Master, Are you against the Women’s Liberation movement?

Osho – Shakti, I am not against women, I am all for them. But the liberation movement is something ugly — and I know the responsibility is on the male chauvinists. They have been doing so much harm to women down the ages that now the woman wants to take revenge.

But whenever you start taking revenge you become destructive. The movement is still in a destructive phase; it has not become creative. And I am against destructiveness.
It is of no use to go on looking at past wounds. It is of no use to take revenge because of the past. One should learn to forgive and forget. Yes, it was wrong — accept it.

Whatsoever has been done to women down the ages was absolutely wrong. Man HAS exploited them. Man has been very brutal, very animalistic. Man has reduced women to slaves; even more than that, he has reduced them to things, to possessions. But what is the point of taking revenge? Then you become the pursuer and man becomes the pursued. Then another kind of chauvinism begins to take form and shape. Then the female chauvinist is born. And this is not going to put things right. Then the women will start doing harm to men, and sooner or later they will take revenge. Where is this going to stop? It is a vicious circle.

And my feeling is that instead of men stopping it, it is far easier for women to stop it, to come out of the vicious circle — because they are more loving, more compassionate. Man is more aggressive, more violent. I don’t have much hope from men, I hope much from women. Hence I am not in favor of the aggressive attitude and approach of the Women’s Lib movement.

Mrs. Farid presented herself at the gate of heaven and knocked with trembling hand.
“Madam,” said Father Abraham, peering suspiciously through a peephole, “from whence did you come?”
“From Flatbush I came,” replied Mrs. Farid with embarrassment, as great beads of perspiration spangled her spiritual brow.
“Never mind, my daughter,” replied the patriarch compassionately. “Eternity is a long time; you can live that down.”
“Mister, I got something to confess,” she went on, obviously worried.
“In our religion we don’t have confessions.”
“But this is different. If you will take a look in your records, you will see that maybe I don’t belong here. I — I — well — I poisoned my husband and I chopped up my brother-in-law. Not only that, I….”
Father Abraham suddenly grew stern. “Your aggressive behavior does indeed present a problem, madam. Were you a member of the Women’s Liberation movement?”
“No.”
The gates of pearl and alabaster swung open upon their golden hinges, making the most ravishing music, and the patriarch bowed low.
“Enter into thy eternal rest.”
But Mrs. Farid hesitated. “The poisoning, the chopping, the… the….” she stammered.
“Of no consequence, I assure you. We are not going to be hard on a lady who did not belong to the Women’s Lib. Take a harp.”
“But I applied for membership. They would not let me in.”
“Take two harps.”

Don’t be worried, Shakti. There are many women here who have belonged to the Women’s Lib movement. But as they have come closer to me, their attitudes have changed, their approach has changed. Life’s problems can only be solved by love, they cannot be solved by any violent approach.

Men and women are different worlds; hence it is difficult to understand each other. And the past has been full of misunderstandings, but that is not necessarily to be so in the future. We can learn a lesson from the past, and the only lesson is that man and woman have to become more understanding of each other and more accepting of each other’s differences. Those differences are valuable, they need not create any conflict; in fact, they are the causes of attraction between them. If all the differences between men and women disappear, if they have the same kind of psychology, love will also disappear because the polarity will not be there.

Man and woman are like negative and positive poles of electricity: they are pulled towards each other magnetically; they are opposite poles. Hence, conflict is natural. But through understanding, through compassion, through love, through looking into the other’s world and trying to be sympathetic to it, all the problems can be solved. There is no need to create more conflict — enough is enough.