Osho – Marriage and Commitment are not both the same thing 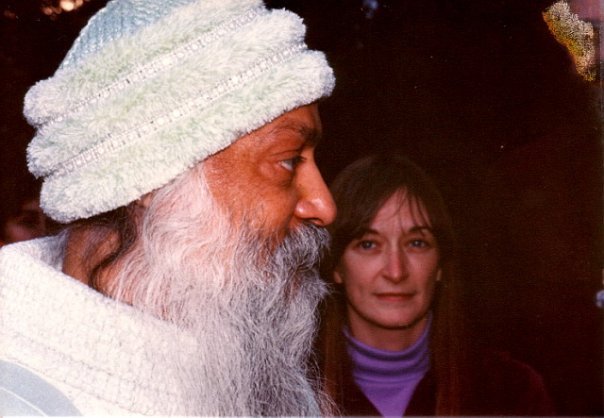 [A sannyasin had written a letter about relationship with his girlfriend, who was living in London, and who wished to be married to him. He was uncertain as to what was the best thing to do as he had reservations about marriage but was in love with her.]

In marriage, in fact, you can avoid commitment. Marriage is an avoidance. Legally, formally, you are committed, that’s right, but the responsibility is avoided. When you are not married to a woman, commitment is greater because there is no legal bind in it. Responsibility is deeper because she simply trusts you.

So marriage and commitment are not both the same thing. Marriage is an avoidance of commitment, of real commitment. It is a bogus commitment, a pseudo-commitment, just to show that one is committed. If you avoid marriage then you are able to take the whole responsibility personally. Then the society is not in it; the law and the court and nobody else are in it. It is absolutely personal, and the commitment is very great.

I suggest that you don’t get married – not because I would not like you to be committed, but because I would like you to be committed really deeply. Her attitude is understandable. A woman always wants to belong. That has nothing to do with any particular individuals; it is something to do with the very nature of womanhood. It is part of the feminine mind to lean to somebody, to possess and to be possessed. So it is not a question of somebody being like that. All women, more or less, are like that. That is their intrinsic quality.

And when a woman loses that quality, she loses something of her womanhood. Then she is not worth much. She is almost like a man; she has a male mind. You will not feel that softness, that fragileness that gives grace and beauty to a woman. It is just like a creeper. The creeper needs some tree to belong to, to creep upon, to be supported by. The creeper cannot stand on its own. But that is one of the most beautiful experiences – that somebody belongs to you and you belong to somebody. Belonging is one of the most desired states of the human mind. You feel rooted when you feel that you belong to somebody.

Now many things have disappeared in the world which used to give a feeling of belongingness – the nation, the church, the society. Those are in fact gone; only shadows are existing. Nobody is english now in the sense of being english two hundred years ago. Nobody is indian in the sense that people used to be indian. That looks sort of foolish. Man is man. Nobody is white and black.

Even if it persists it persists just as a habit, but it has lost its grip. So all other belongings have disappeared. Now the only belonging is personal, a personal love. Otherwise one feels very lonely – and woman more so, because her whole love is receptive, passive. She waits… but she is not aggressive. If there is nobody to belong to, then waiting simply becomes waiting for Godot. It is a waiting and waiting and waiting, and it is heavy.

So her attitude can be understood. She is perfectly right, but she is in a deep misunderstanding – as almost all are. She thinks marriage will be a commitment. That’s where she is wrong. So you have to write to her from me about everything that I am saying to you. But give her your commitment. Make her feel that she belongs to you and you belong to her.

Two months of the year is not enough to spend with her [as the sannyasin had suggested in his letter]. Make it at least six months. Two months is not enough. By the time you start going deep, intimate, you are gone and she simply hangs there. That can become very miserable. Then you come again but the gap is big and before you become acquainted again, the time to go has come.

You can come and be with her for two months and then go for one, but be with her for at least six months in the year. By and by, you will also need a home. By and by, you will feel the need arising more and more. As one becomes older one needs it. When one is young it is very simple to be a wanderer; it fits. But as you become a little older you would like some place to rest, to be yourself, and not to be bothered by so many things which one has to go through if one is travelling and going here and there. You will need a home.

My suggestion is that you make it Poona, so that for six months you are with me too, and then for six months you can go anywhere you want and do your thing. She will also feel happy here and she will not miss you because I will be here. But make some arrangements. She loves you, and if she is forced to marry somebody else she will never be happy.

So my understanding is that there is no need to get married – legally, that is. No need to make any formal commitment, but make a deep commitment so that she doesn’t feel a lack of commitment and she is not just hanging in the air. Women become more afraid as they get older that their charm, their beauty, will be lost – and who will love them in their old age? Who will be there to love them when they are not so lovable? That fear creeps inside the mind of a woman.

If you don’t get into a commitment with her she will be forced to marry somebody else, but she will not be able to love them. You will haunt her and she will haunt you, and both your lives will be destroyed in a subtle way. I understand that there is no romance now in it, no fantasy in it, but that’s how it should be.

So it is just foolish to be committed, and to be in a hypocritical relationship is a pseudo-pretension. It is good that your honeymoon is over. Now there is no emotional urge to be committed. There is no fantasy around it. Things are simple and natural. Now you are no more in a fever, a passion, and neither is she. You are both alert. To be committed in a feverish state of mind is almost as if you are drunk and you get committed to something. By the morning when you come back to your senses you don’t even remember, and you cannot believe that you have given your word.

When two people are deep in fantasy, in a romantic mood – as it always happens in the beginning – it is not time to get committed. It is the worst time to get committed, and people get committed then! They talk about things which are just foolish, and they say, ’We will be together forever and forever.’ When the fever is gone and their normal temperature has returned, then they will not be able to believe what they have done. But then it is too late.

So it is good that in this moment your relationship is no more moving in the peaks or the valleys. It is just on the plain ground. This is the right time to take any decision. So think over it – no marriage, but great commitment. And at least six months are hers. More, if you can manage – good – but not less. And write to her.

Source: from Osho Book “The Cypress in the Courtyard”