Osho – meditation doesn’t belong to the act; it belongs to the quality you bring to the act 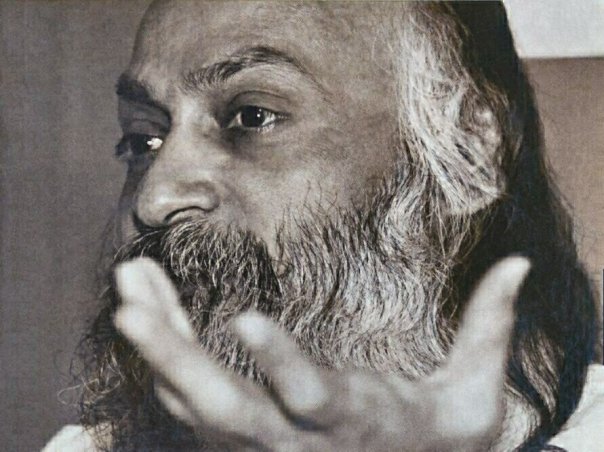 Osho – Sri Aurobindo says somewhere that the whole life is yoga — and it is so. Everything can become a meditation. And unless everything becomes a meditation, meditation has not happened to you. Meditation cannot be a part, a fragment. Either it is — and when it is you are wholly in it — or it is not. You cannot make a part of your life meditative. That is impossible, and that is what is being tried everywhere.

You can become meditative, not a part of you; that is impossible because meditation is a quality of your being. It is just like breathing: you go on breathing whatsoever you are doing. Irrelevant of what you are doing, you go on breathing. Walking, sitting, lying, sleeping, you continue breathing. You cannot arrange it in such a way that sometimes you breathe and sometimes you don’t breathe. It is a continuum.

For example, a poet. A poet can enter meditation without going to any teacher, without going to any temple, without in any way being religious, so-called religious. His poetry, his creativity, can become an entrance; he can enter through it. Or a potter who is just creating earthen pots can enter meditation just by creating earthen pots. The very craft can become an entry. Or an archer can become meditative through his archery, or a gardener, or anyone can enter from anywhere.

Kabir, one of India’s greatest mystics, was a weaver, and he remained a weaver even when he attained. He had thousands and thousands of disciples, and they would come and they would tell him, “Now stop your weaving. You don’t need it. We are here and we will serve you in every way.”

Kabir would laugh and he would say, “This weaving is not just weaving. I am making clothes — that is the outer act — but something goes on within me simultaneously that you cannot see. This is my meditation.” How can a weaver be a meditator through weaving? If the quality of the mind that you bring to weaving is meditative, then the act is not relevant; it is irrelevant.

Another mystic was a potter; his name was Gora. He worked on earthen pots, and he would dance and he would sing while he was making his pots. While he was making a pot on the wheel, as the pot would center on the wheel he would also center within himself. One would see only one thing: the wheel was moving, the earthen pot was emerging and he was centering the earthen pot. You were seeing only one centering. Another centering was happening simultaneously: he was also being centered. While centering the pot, while helping the pot to emerge, he was also emerging in the unseen world of inner consciousness. When the pot was created, that was not the real thing he was working on; he was also creating himself.

Any act can become meditative, and once you know how an act becomes meditative you can transform all your acts into meditation. Then the whole life becomes yoga. Walking on the street or working in the office or just sitting and not doing anything — just idling, or anything — can become meditation. So remember, meditation doesn’t belong to the act; it belongs to the quality you bring to the act. Now we will enter the techniques.