Osho – Meditation is silence, not an enforced silence 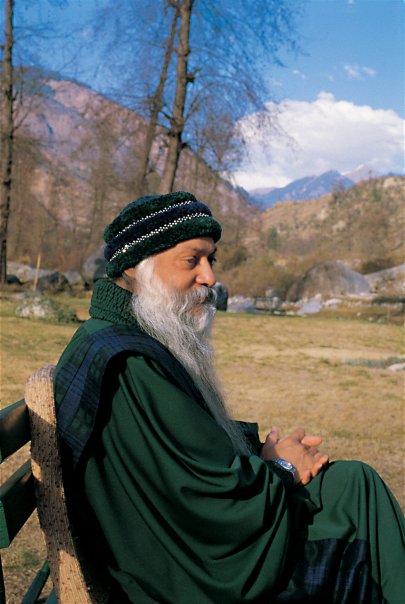 Osho – Meditation means no-thought, no-mind, no words. They have all been left behind; one has come to an immense, infinite silence. But that silence is not dead, it is a singing silence. It is throbbing, pulsating with life. It has a dancing quality to it. You cannot see the dance, you can only feel it. You cannot hear the song but it reverberates in your whole being. Your every cell becomes bathed in it.

It is a tremendous experience of beauty, of bliss — but it is inexpressible. It is so vast that no word can contain it. The thing that comes closest to it is music, but that too just expresses it approximately, not exactly. Obviously music is also sound — it is very harmonious sound, but the sound is there. In meditation there is no sound, it is soundlessness. Everything has stopped, no movement, one has come to a complete halt. But the experience can only be described as a song, as a tremendous harmony. All these words fall short but these are the only words that give little bit of help. They are only fingers pointing to the moon. They are not the moon themselves, just fingers pointing to the moon.

But I emphasise its dancing quality for a certain reason — because many meditators have become dead; they have tried to silence the mind. And if you persist you can silence the mind. You can repress it and there will be a certain kind of silence, but that will be the silence of a cemetery: forced, violently forced. Something has been crushed, something has been killed. a beautiful experience. That’s why so many of your so-called saints look so sad, so serious. They have lost laughter, they have lost love, they have lost life. They themselves have committed the crime, they themselves have committed suicide. They are sincere people but a little bit foolish too. They missed the point.

They followed it literally but they did not understand the symbolic message, Meditation is silence, not an enforced silence but a silence that comes out of deep understanding, not repression. And then the quality is totally different. When silence comes out of understanding it is a singing silence, a dancing silence, and your life immediately bursts into creativity.

Everybody is carrying a song in their hearts which has to be sung, whatsoever it is. One cannot know it beforehand, one knows it only when one goes understandingly into meditation. With awareness, when one reaches to one’s core, one finds that there is something which has to be shared. It may be painting, it may be dancing, it may be cooking — it may be anything. It does not matter what it is, but one always discovers that there is something which one has to share. One has to create, one has to participate in existence through it.

To me that is true prayer. That is true worship — when you participate in existence by creating something. God is the creator; then the only way to commune with him is to be a creator in your own way, in a small way of course. But you have to do something creative.

And this creativity should not be thought up by the mind, otherwise it won’t be true to your innermost core. It has to be discovered in meditation. Everybody has to discover their song. And the moment you have discovered it your life becomes a blessing — not only to you, it becomes a blessing to others too. And that’s how a sannyasin has to live: in a dance, in a trance, sharing whatsoever he has with no miserliness, with no possessiveness. Just pouring oneself whole-heartedly into existence. And that is the only offering that is accepted by god. All other offerings in the churches, in the temples, in the mosques are pseudo.

Source – Osho Book “Source: Osho Book “I Am Not As Thunk As You Drink I Am””