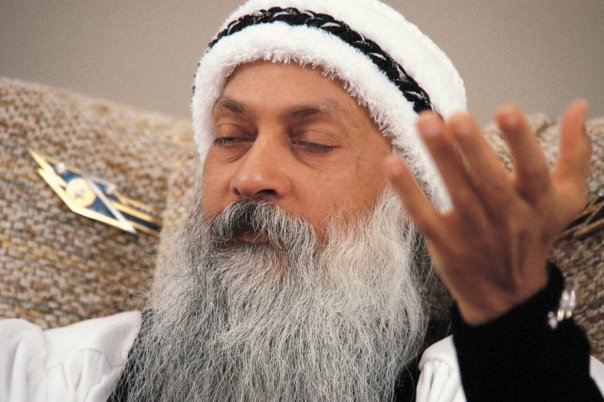 The historians think that magic preceded science, that before science came there was magic. My own understanding is totally different. Science will be succeeded by magic, it is not preceded by magic. When science has fulfilled all the ordinary needs of humanity, then only can magic arrive on the scene — because magic is something higher than science, it is not lower. The lower can precede, the higher succeeds it. But magic has not been understood up till now.

By magic I don’t mean that what the ordinary magicians go on doing in the name of magic. Those are all tricks, tricks to befool people — games, entertainment. It is not true magic. True magic is known only by the Buddhas. They are not known as magicians because their magic is something which is not at all concerned with entertainment, it is concerned with transformation. It is only for the chosen few, not for the crowds.

A man who is hungry cannot think of meditation; it is impossible. He thinks of bread and butter. A man who has no shelter thinks of shelter, of a house. A man who is naked thinks of clothes. It is natural. But when all these needs are fulfilled, suddenly one becomes aware that there is something more to life than all the comforts and conveniences which science can provide, which money can purchase; there is something which cannot be possessed. Which cannot be got from the outside, which has to be grown in the inner consciousness.

For the first time one becomes interested in meditation. For the first time one feels life is meaningless unless some transcendental meaning is touched, becomes available. Unless the doors of something unknowable and mysterious are opened to you, unless some splendor descends on you and fills you and all your emptiness disappears, one feels on the verge of committing suicide. That’s why in rich societies more people commit suicide, more people go insane than in poor societies. The poor societies cannot afford insanity; they are so poor, they cannot afford suicide. They don’t even have means to live, how can they afford suicide? They don’t have any feeling for inner meaning. Their outer life is constantly taking all their attention. Hence I say, magic is not something that preceded science but something that succeeds science. And the days of magic are on the way.

My sannyasins have to become magicians in the sense that they have to be meditators and they have to learn the inner art of giving birth to themselves. The first birth is through the parents — it is biological. The second birth is spiritual. It is by you. through you, to you; nobody else is involved in it at all. Even the matter can only indicate the way, then you have to go all alone.

4 thoughts on “Osho – Meditation is the process of rebirth. It is giving birth to yourself”