Osho – Men would like to be exploited, to be cheated, to be deceived — but not ignored 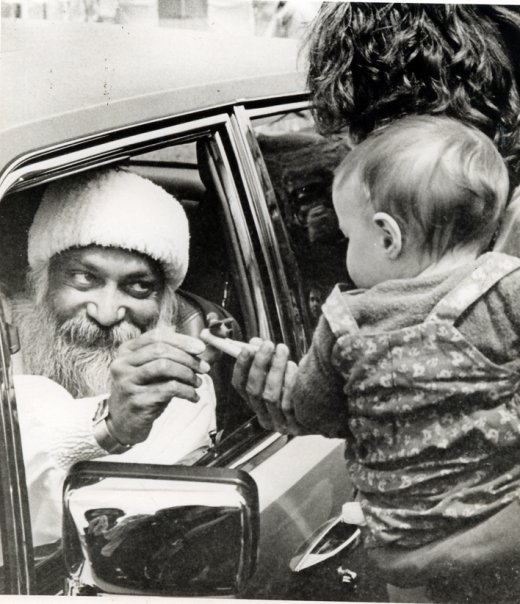 Question – Seeing the way the media works, One gets the impression that man loves to be manipulated. Why does man want to be cheated?

There is a great need in everybody to be needed. That disappears only when your sickness disappears. When you are really enlightened, completely conscious, then there is no need to be needed; otherwise man will accept anything.

I was a professor in a university. I was sitting with the vice-chancellor one day and a girl came in, a postgraduate girl. She complained to the vice-chancellor that there was a student who was constantly harassing her, writing letters to her, standing in the middle of the way when she came to the university or went to her home.

I said, “Yes. You just wait. First listen to what transpires between me and the girl.” I said to the girl, “Be sincere, are you not enjoying this?”
She looked embarrassed, but she was really a sincere girl and she said, “Perhaps you are right. I am sorry that I complained. I am enjoying it.”

The vice-chancellor said, “What?”
I said, “You keep quiet. Your number is going to come.”

I asked the girl, “Just think: if nobody throws pebbles at you, nobody writes letters to you, nobody writes your name on the blackboard, nobody prevents you on the way, nobody punctures your cycle, nobody takes any note of you… would you be happy? I can make that arrangement.”

She said, “No, I would not be happy. I know there are girls who are utterly miserable for the simple reason that nothing is happening in their life, nobody takes any note of them. They are dying. I even know a girl who writes letters to herself, just to show people that somebody has written a letter to her.”
The vice-chancellor said, “What am I listening to?”

I said, “You keep quiet; your number has not come yet.” So I asked the girl, “Do you want that boy to be called or not?”
She said, “No.”
Then I said, “Be human, be understanding. That boy loves you; do you love him or not?”
She said, “I have never thought about it, but I like him.”

Then I said, “You can go and like him a little better so he need not do anything nasty. And be courageous… liking is not enough, love him.”
And the vice-chancellor again was going to say something. I said, “You keep quiet.”

He said, “But I cannot. You are teaching students to love each other.”
I said, “Do you want me to teach them that they should hate each other?” I told the girl, “Now you can go because I have to talk with the vice-chancellor.”

And when she left I asked the vice-chancellor, “Just remember when you were young and you were in the university, what was the situation? Did you love any girl or not? Now you are sixty-five, be sincere and honest. Do you still feel for some woman or not?”
He said, “My God! I never thought that I would have to be interrogated by one of my professors.”

He said, “I am already in trouble. You have sent that girl with the message to love the boy — and you don’t know that the boy is my boy! And now you are teaching me, corrupting the whole family. I have a wife, I have children… I did not say it before the girl that the boy is my boy — and I could not say it because you would not allow me to speak!”

I said, “Just remember your own youth. Just remember right now, even though you are sixty-five; love never becomes old. And don’t be afraid: I am not going to tell anybody about you.”

He said, “It is true. Love never gets old. I still feel sometimes when I see a woman that perhaps if I was not married I would have chosen this woman. And as far as my wife is concerned, you know, she is just a kind of lifelong punishment. I console myself according to the Indian philosophy that it must be because of my bad actions in my past life that I have got this woman. Now somehow I have to patiently suffer.”

I said, “You got this woman because you had not guts enough to say to your father that you wanted another woman with whom you were in love.”
He said, “How did you come to know?”

I said, “I have been talking to your father also. We are great friends; we meet every day on the morning walk. He has nothing to do and he enjoys talking. So he was talking to me one day and he said, `He has become vice-chancellor but he has no guts. He was in love with a girl and still he didn’t say it. We arranged his marriage with another woman because she was bringing much money, diamonds, ornaments, gold, a bungalow, and a car as her dowry.’

Man wants to be needed, to be loved, to be respected, to be attended, to be praised. A thousand desires… and when these are not fulfilled he is ready for anything. Even manipulation will do; at least that makes him feel that he is alive. Even cheating will do; at least he feels that somebody takes note of him. It is a very strange world. When people cannot get the real thing, then they will be ready for anything as substitutes. When you cannot get love, you are ready to accept sympathy as a substitute. Sympathy is not a substitute.

In India there is an old story…
A woman, a poor woman, purchased a beautiful bangle — it was her whole life’s earnings — a gold bangle. And she went around the town making much noise: somebody must take note of the bangle, somebody must ask, “Aha! What a beautiful bangle you have got. From where did you get it?” Just a poor woman… you cannot be hard on her. But nobody asked her — because who takes care of beggars, poor people. People don’t even take note of them. When the servant passes through your room, you don’t even think that somebody has passed.

After the whole day’s effort she failed and she put fire to the small hut where she used to live. The whole village gathered and she was beating her breast saying, “I am finished, my house is finished.”

At that time another woman asked, “My God, where did you get such a beautiful bangle?”

And the poor woman said, “If you had asked this before you could have saved my house.”

One thought on “Osho – Men would like to be exploited, to be cheated, to be deceived — but not ignored”