Osho – Mind is a coward. Those who listen to it become utterly cowardly 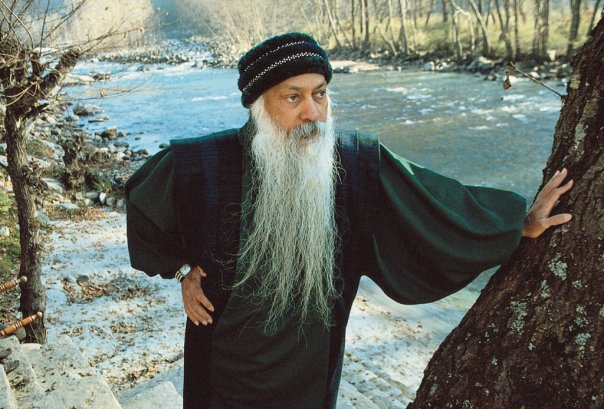 Question – Beloved Osho, life is so exciting when i am open to each moment and not asking where it is going to take me next. The problems disappear and nothing can harm me. the moment my mind comes in saying, ”watch out!” the fear arises and life looks dangerous, and i take only calculated steps. how can i remain with the relaxed, joyful, and trusting experience?

Osho – Indradhanu, mind is a coward. Those who listen to it become utterly cowardly. Mind is not an adventurer, it is very cautious. It takes every step with long thinking and calculation until it is certain that there is no risk, till it has seen others taking the step and there has been no danger; hence, listening to the mind is the most disturbing phenomenon in your growth.

Everything is going good with you, but immediately the mind comes in and says, ”Watch out!” Once and for all say to the mind, ”Shut up! I am watching in; why should I watch out?”

Because you listen to it, ”Fear arises and life looks dangerous, and I take only calculated steps.” You stop living. Mind is a mechanism, dead. Do you know that the mind can be taken out of your skull and kept separately? Only oxygen and necessary nourishment has to be provided to it, and it will go on living. It does not need you. There are many minds under observation in scientific labs. They are functioning perfectly well; they don’t need you. And perhaps in most of your life, you don’t need them either.

I have heard about a politician who was having a brain operation. His mind had collected so much junk inside that the doctors thought that it would be easier, far easier to clean it if they took it out completely; otherwise, it would take many hours. So they left the politician in the operating theater and took his mind to the next room to clean it. And naturally a politician’s mind needs great cleaning… almost dry cleaning.

While they were cleaning his mind, a man came running. Knowing nothing about what was happening, he shook the politician, who opened his eyes. And the man said, ”What are you doing here? You have been chosen to be the president of the country.”

So the politician got up, and as he was leaving the hospital, the doctors saw him. They said, ”My God! His brain is still in the lab.” They rushed out and told him, ”Wait! Your brain is still being cleaned.”

He said, ”Now I don’t need it; I have become the president. You keep it – after five years if I’m not chosen again, perhaps I may need it; you can preserve it. What do I need a brain for now that I’m the president?”

That’s the whole art of meditation: to keep the mind completely quiet, and make it understand that it is not supposed to comment on any experience that is beyond it. Meditation is beyond the mind.

You say, ”Life is so exciting when I am open to each moment, and not asking where it is going to take me next.” That’s what I call being in a let-go, being relaxed with existence.”The problems disappear and nothing can harm me. The moment my mind comes in saying, ‘Watch out!’ the fear arises, and life looks dangerous, and I take only calculated steps. How can I remain with the relaxed, joyful, and trusting experience?” You will just have to teach the mind: ”It is not your
territory; you are not supposed to interfere or say anything.”

It is just an old habit that the mind goes on making commentary on whatever is happening, goes on giving its opinion and advice, whether asked for or not. It is simply a habit, a habit of thousands of lives. So it takes a little time, Indradhanu, and a little patience, but you are going perfectly well. Just whenever the mind says, ”Watch out!” tell him, ”I am watching in, you watch out. I’m not watching television.”

Don’t take the mind in any way seriously about your interior experiences, about your trust with existence, about your love with each moment.

Little Hymie arrived home from school with two black eyes.
”Fighting again,” said his mother. ”Haven’t I told you when you are angry to count to a hundred before you do anything?”
”Yes, I know,” replied Hymie, ”but the other boy’s mother told him only to count to fifty.”

Calculated steps won’t work.
Life is not a calculation.

Mathematics is only a purely fictitious science, totally created by man’s mind. It has nothing in the objective world. That’s why it is perfect; only a fiction can be perfect. Reality is always imperfect because reality is always growing, changing. Reality is always moving towards perfection but never becomes perfect, because to be perfect means nothing but ultimate death.

Just drop the habit. The mind will try in every way to keep its old control. But you are the real master, and however much the mind tries to control, it cannot succeed if you are determined to put it into its place as a servant. Your consciousness, you, are the master. It is a struggle only in the beginning. Once the mind understands that you have started reclaiming your mastery, he becomes just like a dog wagging his tail, ready to follow your orders and never
interfere in your work – particularly in the work which is not his territory at all.

Your ecstasy is far beyond the reach of the mind. So teach the mind, train the mind not to interfere – and don’t listen. It may go on just out of old habit saying, ”Watch out! Take calculated steps!” Just ignore it.

That word ‘ignore’ reminds me of Gautam Buddha. His suggestion to his disciples was, ”As far as meditation is concerned, ignore the mind.” His word for ignoring is upeksha, which is a very beautiful word. ”Just bypass it; let it go on saying whatever it wants; don’t pay any attention to it.” Soon the mind understands where he can be listened to and where he is absolutely unwelcome. The day the mind understands where it is unwelcome, it stops saying anything about that. And it has to be stopped from interfering in your inner growth.