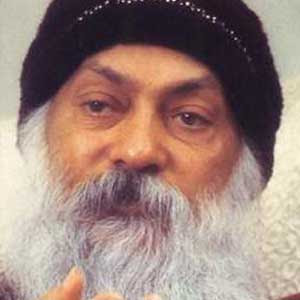 Osho – The devotee — the real follower — is constantly watching what he is doing, how he is doing, why he is doing. Even in small matters he de-automatizes himself. Walking, he does not just walk; he walks with meditative awareness. He knows that he is walking. Eating, he knows he is eating. You eat and you do a thousand and one other things. You go on swallowing food, you go on throwing food in, you go on stuffing yourself… and the mind goes on planning, goes on remembering, desiring, projecting.

You are not there in the act; you are either in the past or in the future. And the present is the only time, only the present is real. Past is unreal, future is unreal; both are unreal — and you are always living in the unreal. This is sleep: you go on doing things…. You yourself sometimes say, “I did it in spite of myself.” What do you mean when you say “in spite of myself”? It simply means that you were not conscious and you did it — as if you are just an automaton, a robot!

This went on for nearly twenty minutes until finally the man standing behind her leaned over and said, “Listen, lady. I don’t know what’s on your mind, but in the last half hour you have unzipped my fly at least ten times!”

People are not conscious of what they are doing! They just go on doing things, half asleep, half awake, in a kind of alcoholic state.

The pretty young thing came slamming into her apartment after a blind date and announced to her roommate, “Boy, what a character! I had to slap his face three times this evening!”
The roommate inquired eagerly, “What did he do?”
“Nothing!” muttered the girl. “I slapped him to see if he was awake!”