Osho – Music is not of the mind. Mind is a jarring note in music, a distraction 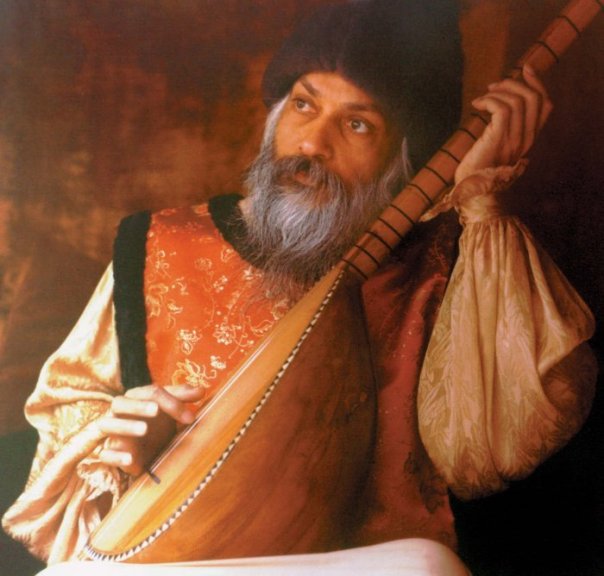 [A sannyasin brought his guitar to darshan and sang and played to Osho. He sang a song full of hare krishnas and LSD, kama sutras and cosmic consciousness. Osho commented that it was good, but could have been better…. ]

Music is not of the mind. Mind is a jarring note in music, a distraction. You cannot become lost in it; it becomes more like thinking and less like singing. Sing anything wild, anything of love, even gibberish, but nothing of the mind.

You can go on repeating ’hare krishna, hare ram’ just two words – in different ways, different arrangements, so it is like waves and becomes a wild ocean splashing on the rocks and you are lost in it. There is no need to manage, manipulate. Let the music be in control of you. Simply be lost in it and you will attain to a deep orgasm, you will explode. You will become the universe.

Cosmic consciousness you become of course, but you don’t talk about it. Do you follow me? Become so in tune with the music that it carries you to the furthest shore of being. Otherwise you are misusing the music; it is an abuse. You are bringing something of the mind and pouring it in. That is corrupting it. Music is an innocent thing. It knows nothing of philosophy, nothing of chemistry, nothing of marijuana. It knows nothing of LSD, of cosmic consciousness. These are mere words, just bullshit.

Move into it. Become one with it! Start dancing! Be lost in it, and whatsoever you are saying will start happening. You will explode into a totally different dimension of being where stars are moving, and where there is pure existence. Music is a meditation and it is sacred. If you bring mind into it, it is a sacrilege. So don’t do it; drop the intellect. But it was good. Next time when you come go wild with the music. Just drop your head, that will do!