Osho – My communes are run by women, and they have proved far superior to men in every possible way 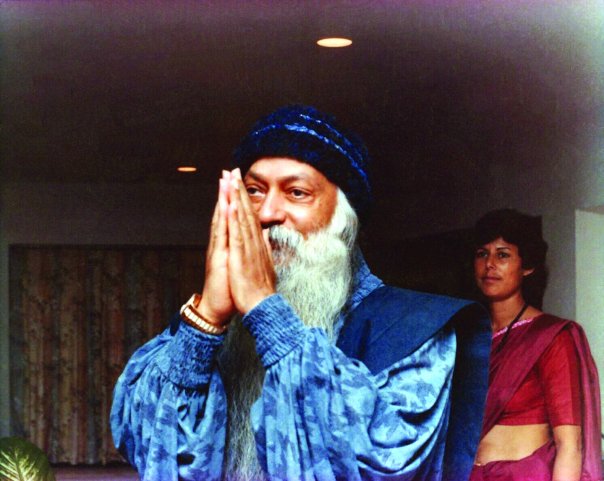 Question – It seems the Whole Commune is run by Women. Is there a particular purpose or strategy to that?

Osho – Certainly there is a particular strategy. Man has dominated women for centuries and forced the idea on them that they are the weaker sex, that they cannot do anything that man can do. They can do small homely things — that is their world. I want to destroy that idea completely. And you can see I have destroyed it.

My communes are run by women, and they have proved far superior to men in every possible way. My sannyasins are doing better business than any man can do, finding better bargains than any man can find. I wanted it to be a solid argument before the whole of humanity that women are not inferior, that if you give them a chance, they can even prove superior in many matters. At least they are going to prove equal.

And this is a strange way: to keep half of humanity in a downtrodden state. How much is the loss? — half of humanity means that women, if they were accepted equally, would have produced a Dostoevsky, a Turgenev, a Chekhov, a Gorky, a van Gogh, a Picasso, a Nijinsky. They may have proved a Buddha, a Jesus…. Half of humanity! — it is a vast ocean to whom you have denied all possibilities of creation, expression. And you have behaved with women as if they are cattle, not human beings.

It is not going to be so in my commune. But I do not agree with the liberation movement of women, because that is going in a reactionary way, creating hate for men — so much so that their basic approach is now that no woman should love any man, that they should all be lesbians.

Here, women are running the whole commune, everything, but no man who is here has ever felt that he is inferior. In fact, for the first time he feels a respect for women. He can see the dignity of women. Every day I receive letters from my male sannyasins asking, “What is happening? The commune sannyasins, the women, are becoming juicier and juicier, more and more graceful, more and more beautiful. And they are working so hard!”

For the first time, they have been given the chance to show their mettle. It is not a loss to men: they have found a companion, equal to themselves, side by side with them. You were missing half of humanity…. And remember, because you have repressed that half, that half was trying to take revenge in every possible way. Of course, the woman has her own ways of taking revenge, and every man knows how the woman can take revenge. Every woman has been taking it for centuries. She will be nagging the husband, she will be spying on the husband. She will make the husband just a henpecked person.

All husbands are henpecked! I have never come across another category. Outside they may roar like lions, but that is not to be believed. Just look through the keyhole in their houses — the woman is roaring and the husband is hiding like a rat behind this chair, behind that table. It is natural, because if you repress their energy, somehow they are going to revolt against it. Here, men also are feeling tremendously relieved because no woman is nagging them.

Women’s liberation is automatically men’s liberation. Women’s slavery is automatically men’s slavery. They go together. But this is only a transitory period…. Once I have proved my point, all around the world in different countries and different communes — even where I am not present — women will be on the top, once the point is proved and people can see.

Just four years ago, when we came here, we did not have a single dollar. My women sannyasins managed to purchase 126 square miles, an area three times bigger than New York. In four years we have poured almost two hundred million dollars into creating this oasis, and all has been managed by women. They have proved their mettle — and without insulting men, without putting them down, without in any way taking revenge. And they are not lesbians.

So it is, in fact, a tremendous revolution which is needed, which has been needed for centuries. And the sooner the whole world goes the way my communes function, the better, because I don’t think women will be ready to use nuclear weapons in the third world war. Women won’t want to kill; that is not part of their feminine psychology. They would like people to come closer, to be more loving.

If the world is run by women — and man can take his place more significantly in scientific research, in the service of life and creativity — and the governments and all other functional things are run by women, we will have a tremendous balance.

It will take a little time for women to produce Einstein and Picasso and Michelangelo. It will take a little time to bring a Mozart, a Leonardo da Vinci, because for thousands of years — in fact, for the whole history — they have been repressed, so it will need a little time. And once the repression changes into expression, it will be just like land which has been lying fallow for thousands of years gathering all kinds of fertilizers, rain water, and nobody cultivating it. When you cultivate it, it is going to give you a bumper crop. All other fields will look poor because they have been exploited every year; they have lost their energy to produce more.

The same is the situation of the human mind. The feminine mind has not been used, has not been allowed to function. If it is allowed, it may take a quantum leap. And it will be a blessing for all.

An intelligent woman, respected as equal to men in the society, will not become a lesbian because it is unnatural, absolutely unnatural. She will be heterosexual. And if all women turn to heterosexuality, we will be declaring war on homosexuality, too, because from where are they going to find men? They will chase the homosexuals to their deaths. They are chasing them here.

We have got a few homosexuals, and they go on writing letters of complaint to me: “We are homosexuals and women are chasing us. We are not interested, but we do not want even to declare that we are homosexual.”
I say, “What can I do? Drop your homosexuality.”

Just think of a woman pilot dropping the atom bomb on Hiroshima and Nagasaki. I cannot conceive of it. If there had been a woman pilot, she would have refused to follow the order. She would have preferred to be shot dead, but she would not go to kill innocent people who have nothing to do with war.

And anyway, the war was ending. Germany was already on its knees, it was only a question of a week or two until Japan would surrender. There was no need of an atom bomb to create a hell for two beautiful cities.

I don’t think a woman could have done that. A woman would rather have said, “You can court-martial me. You can shoot me. That seems to be easier than killing 100,000 people in one city, and 120,000 people in another city.”

But what did the man pilot do? He dropped atom bombs on both the cities, came back to his base, had a good dinner, smoked the best cigar, joked with his friends, and went to sleep with a woman. In the morning when the journalists reached him, they asked the man if it had been very difficult for him to sleep having caused 220,000 people’s deaths.

He said, “No, I slept beautifully. I did my duty, and once the duty was fulfilled — and it was a great duty to be fulfilled — I was feeling so happy that I managed to do it that I went to sleep with a woman and had a beautiful sleep.”

Because it had been his orders, President Truman was asked early in the morning the next day, “How was your night?” He said, “I felt immensely relieved. Now there is no question of the war being prolonged any more. Not only that, we have made a point to the whole world: Don’t come in conflict with America, otherwise the result will be more Hiroshimas, more Nagasakis” — not a single word of sympathy for those innocent people. They were civilians, they were not in military camps.

I have seen a picture that I cannot forget. One friend from Japan sent me a photograph of a small child, maybe eight or nine years old. His bag hanging on his shoulder, his books in the bag, he was going upstairs into the attic which was allotted to him as his place to study and sleep. And just when he was on the middle of the staircase, the atom bomb fell on Hiroshima.

The boy simply got burned and got stuck into the wall — just a burned body with a burned bag, burned books. When I saw that picture, I could not believe that man can do this to man. If a woman was president of America, I don’t think this could have happened. Man has been given enough chance; now let the woman come up, and man can pour his energies more into scientific fields. Meanwhile, women will pick things up.

Yes, there is a certain basic strategy why my communes are run by women. But you can meet my male sannyasins. They are not in any way thought to be inferior. No woman is treating them as inferior in the way they have always treated women as inferior.

Perhaps it is that the male ego functions in that way: unless it makes somebody feel inferior, it is not satisfied. The woman functions in a different way: unless she feels somebody needing her, desiring her, she feels frustrated. A man’s need seems to be to dominate, and the woman’s need seems to be to be needed. That is a far better need — to be needed.

And I am doing an experiment, I am not a philosopher. I hate philosophy because it is simply a wastage of time. My commune is my experiment, and everything that I have envisioned has come true in it. The same can happen all over the world. This is a prototype.