Osho – My effort will be to expose our barbariousness, in nationalism, in different groups 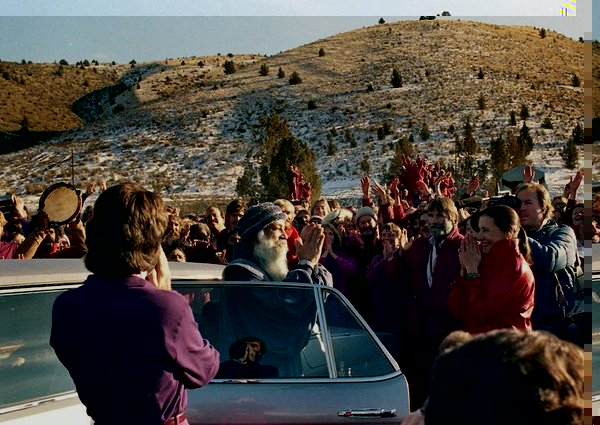 Question – Bhagwan, you are going on a world tour. What will your message be?

Osho – My message is, that we have to create a world without the boundary of nations, without the boundary of religions — only then we will be for the first time civilized. Otherwise we are carrying barbarious past in beautiful garbs. My effort will be to expose our barbariousness, in nationalism, in different groups, calling them religions; in different political ideologies, creating hopes for man for an utopia.

And these things they have been doing for thousands of years, and nothing materializes. It is time that we drop all the boundaries, all the distinctions of color and race, and bring the whole humanity as one, undivided whole. That will be the beginning of civilization. So my whole effort is to expose all hypocrisy, and to bring to people’s mind, that how we have been deceived and how we are deceiving ourselves.

If it can be explained to people directly, I trust immensely in the hidden intelligence of humanity. They will drop all this, because if they can be shown the relationship between the national boundaries, religious boundaries — that they have been nothing but destructive, murderous, creating more and more wars. They are still doing the same, and perhaps this time they may destroy the whole life on the earth.

And it has taken millions of years, from the time life existed only in the ocean as fish, millions of years have taken nature to bring evolution to man. Of course nature cannot go beyond that. But few people have tried and have transcended nature too, and these are the people I call the awakened ones, the enlightened ones. Perhaps it is only the planet in the whole universe, where a man like Gautam Buddha has existed. To destroy life is not just destroying life on this planet. It is destroying a tremendously great adventure of existence, because all these stars, millions of stars, have millions of planets like earth.

It is suspected that at least on fifty thousand planets, there may be some kind of life. But no scientist is capable to say certainly that on any planet, life has reached higher than on this planet. This small earth is the most precious planet in the immense universe, and it cannot be destroyed by a few idiots — they may be religious, they may be political. And the question is to create a public opinion against any kind of war, but wars can be basically stopped only if we drop all the limits. Otherwise such insane things go on happening.

Their whole problem is economic, not human. They don’t want to lower the price of their goods. Otherwise their markets will collapse, and they cannot give those things free. And why they should give? This is the problem basically deep down, because giving it to Ethiopia is not in a state to purchase.

If they give to some other country which is purchasing goods from them, then certainly their prices will come down and their whole economic structure will fall. But giving to Ethiopia will not affect. Giving to Nepal will not affect, because these poor people are not purchasing anyway. They don’t have any purchasing power.

Now Christianity is the third greatest religion in India. But they will not be the people to die in starvation, because they are well-supported by the Western Christian countries. The people who will be dying will be the Mohammedans and Hindus.

Unless we stop all these limits, which make us human, behave with other human beings in such an ugly way — there is not much hope. The only hope is that we can convince the new generation, to get out of the prisons of nations, religions, political ideologies, and create one world, one earth, one humanity.

One thought on “Osho – My effort will be to expose our barbariousness, in nationalism, in different groups”