Osho – My rebel has to be spiritually rebellious 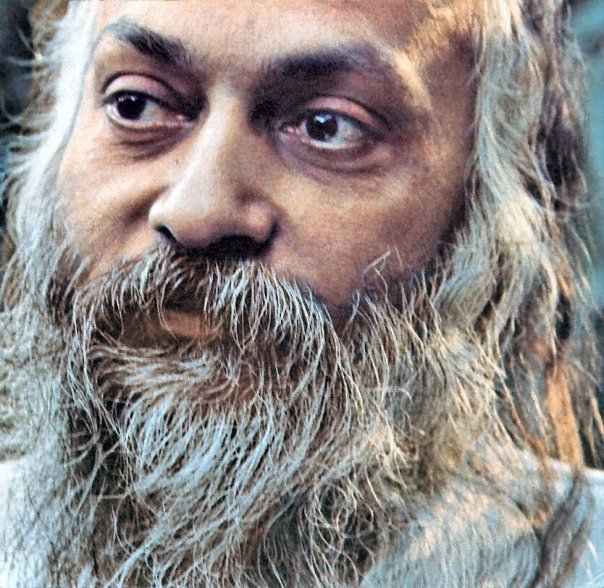 Osho – In life, you go on compromising without knowing, not only with the society but even with your family. Even the people you love demand compromise. Nobody likes the individual; everybody wants to overpower you, to dominate you.

But to accept the challenge and to remain yourself, in spite of all the odds, is a great joy. To keep your individuality intact, undamaged, in a society where everybody is trying to dominate you… I don’t think it is good to escape from such a society. In the Himalayas, in deep forests, you may think you are yourself — but that is a false notion, because there is no context in which you can put it to the test. The society is every moment a test. And here, to be just yourself, not out of arrogance, not out of your egoistic feelings… Those people who are arrogant will have to compromise, because there are more arrogant people. Those who are egoists will find sooner or later somebody else who can crush them.

There are different kinds of powers. People slowly, slowly learn not to stand erect, but they start crawling on the ground. In this society, to remain erect and yourself — without arrogance, without ego, but just out of your silence, just out of your awareness — is a tremendous experience and experiment.

I have lived life the way I wanted; it was difficult but it was immensely rewarding. It gave me the feeling that although society may be powerful, if you have guts no power can enslave you. They can kill you, they can destroy you, but they cannot enslave you. And to be destroyed is not undignified; to be killed is not against your individuality, against your dignity, against your pride. In fact, these sacrifices will make you more and more authentically yourself.

Once you have tasted the very source of your life which is eternal, then nothing can make you do things which are not in tune with your own being. You will say yes only when you feel that this yes is not the yes of a slave but a man of freedom. You will say no if you see that saying yes will be only falling into slavery. But this is possible only if you become aware of your being.

I don’t want you to escape the world, I want you to transcend the world — living in it, going through all the fire because you know nothing can destroy you. This certainty can create a gathering of rebels without any establishment.
And if any functional kind of mechanism is needed, that is not a problem. Where there are so many people, something functional will be needed, But remember it is functional, it does not give you any status. A prime minister or a president of a country are nothing more than functional entities; they have a utility but they don’t have any status.

Real status comes only from your realization of yourself, not by sitting on a golden throne. If people bow down to you, remember they are bowing down to the throne, not to you. Tomorrow somebody else will be there. Yesterday there was somebody else and people were bowing down.