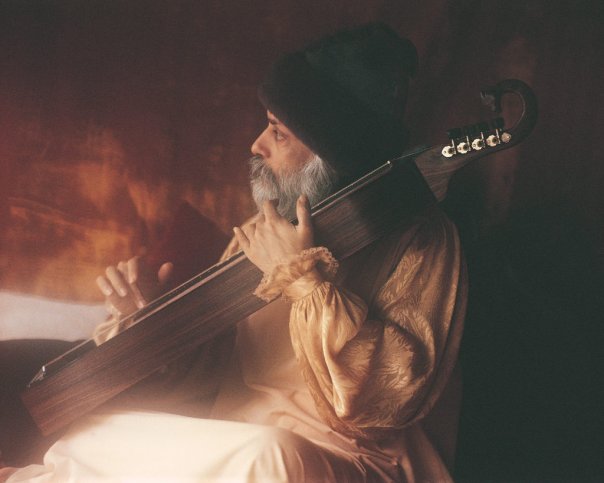 Osho – Bliss is a bridge, misery is a wall. It is everyone’s experience that whenever one feels miserable one does not want to relate with anybody; one wants to close one’s doors and hide somewhere. Just the opposite happens when you are blissful. You cannot hide somewhere; you would like to run under the open sky, in the sun, on the beach, you would like to meet people, relate, share. This has always been the case.

When Buddha was miserable as a king he renounced the kingdom, went into the forest and lived a lonely life, but when he became blissful he came back to the people. The same happened with Mahavira, he was also a king. He renounced his kingdom, went into loneliness and lived for twelve years without speaking a single word — absolutely silent.

Not to speak means to totally cut oneself off from others — because language relates. It is because of language that there are human societies. Animals don’t have any society, they all live a closed life because they cannot speak. Without language there is no society, no culture, no civilisation. To be silent means to cut oneself off from society. In a psychological way it is getting into one’s loneliness absolutely, closing all the doors, all the windows.

But when Mahavira became enlightened, when his heart was full of bliss, overflowing, he went back to the people. For forty years continuously he spoke, related, shared his experience. Bliss always helps you to be connected. And to be connected with people, with trees, with animals, with rivers, with mountains, is to be bridged with god because there is no god other than this universe. This universe is the manifest form of god, and if you relate and love the manifest form finally you will be able to enter into the unmanifest too.

Once you have seen flowers you will be able to see flowers in the seed too. In the seed they are unmanifest but they are there. So god exists with these two aspects. The visible aspect is the universe but to reach to the invisible aspect you have to go through the visible. Hence I don’t teach renunciation. If you renounce the manifest god, the visible god, the universe, you will never be able to relate with the invisible because the invisible exists as the centre and the visible as the circumference. The moment you run away from the circumference you are renouncing the centre too.

You have to penetrate into the circumference; you have to go so deeply into it that you reach the centre. Hence my approach, my sannyas, is a way of bridging, a way of rejoicing, a way of bliss. Be blissful and god is not far away. When you are totally blissful, when not even a trace of misery is left inside you, when only god is, within, without, everywhere, whatsoever you see is god and the seer also is god, the seen and the seen, the known and the knower, all become one — that experience of oneness with existence is the ultimate goal of sannyas.