Osho – My sannyasins have to learn to be relaxed, restful, not to be in a hurry 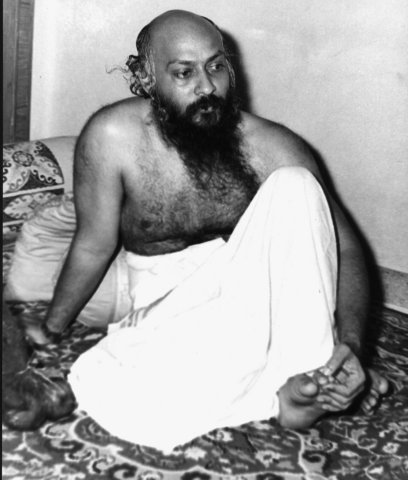 Osho – One of the qualities that has disappeared from the modern man is patience. He is in too much of a hurry, so much so that he cannot enjoy anything. While he is eating he is thinking of something else; he is in a rush. And when he reaches that place which he was thinking about while eating he will be thinking of something else; maybe imagining the next meal. And so on and so forth it goes on and on. One is never where one is. It is a continuous run. Even in their dreams people are running, chasing something.

Two lazy people were lying down in the sun under a tree and one said to the other ‘I am feeling so — tired today.’ The other said ‘Tired? But why should you be tired? — you have not done anything.’ He said ‘Not really, but in my dreams a tiger was chasing me and I was running so fast that I am still feeling tired.’

Tn fact even running in your dream will make you feel tired. It is not a joke, it is a truth. There are method, in which you can do exercises just by visualising. Close your eyes and go for a run on the beach: the sun is hot and you are perspiring and the air is salty. The whole scene has to be visualised as concretely as possible. You are huffing and puffing… And after half an hour open your eyes and you will see perspiration on your face and your breathing will be different — you have done good exercise.

The moment they escape from the cradle they rush towards the grave! It seems as if they are in such a hurry to roach the place, and what are they going to do in their graves? — they will turn and toss inside.

After many years the woman died. The moment she reached the door of heaven she asked Saint Peter ‘Can I meet my husband who died twenty years ago? His name was John.’ Saint Peter said ‘But there are thousands of Johns here. Can you say something specific about him?’ She said ‘Only one thing, that when he died he told me that if I am ever unfaithful to him he will toss and turn in his grave.’

Peter said ‘Then don’t be worried — he is a well-known figure. People call him Whirling John. He is continuously whirling!’

Even in the grave, even in the other world… But old habits don’t die. People die, habits continue — they have their own life and their own momentum.

My sannyasins have to learn to be relaxed, restful, not to be in a hurry, because there is nowhere to go. We are already there, so what is the hurry? We have never been anywhere else. This is the place and this is the time. There is no other place and no other time. This contains my whole approach towards life: being herenow. And then all impatience and hurry disappears, and with them disappear the anxieties, the tensions, the nightmares, the worries. The whole world of anguish disappears, and in that space of calm and quiet, rejoicing in the moment, what happens can be called god or nirvana.