Osho – My way is The Way of the White Clouds 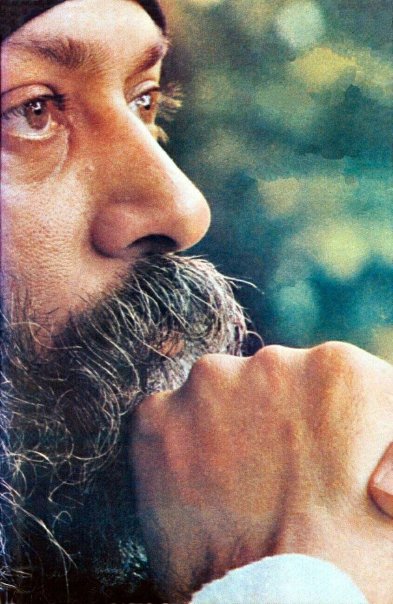 Osho – To me, the life of a white cloud is the life of a SANNYASIN, of a man who has renounced. The life of a householder is a fixed routine. It is a dead thing, it is a pattern. It has a name, it has a form. It moves on a particular track like railway lines. On the track trains are moving; they have a goal, they have to reach somewhere. But a sannyasin is like a cloud drifting in the sky – no iron tracks for him, no routes, no identities. He is no one and lives the life of a non-being, lives as if he is not.

When I say life is not a problem but a mystery, I mean you cannot solve it, you can become it. A problem is something to be solved intellectually; but even if you solve it, nothing is achieved. You have gathered a little more knowledge, but no ecstasy out of it. A mystery is something you can become. You can be one with it, merged. Then ecstasy arises, then bliss – then the ultimate that can happen to a being, the ultimate joy.

We are impotent before a mystery. That’s why we go on changing mysteries into problems, because with problems we are potent, with problems we feel we are in control. With mysteries we are impotent, we cannot do anything. With mysteries we face death, and we cannot manipulate. That’s why the more human intellect grows mathematical, logical, the less and less possibility of ecstasy is open before the human mind, less and less poetry is possible. Romance is lost; life becomes factual, not symbolic.

So when I say my way is The Way of the White Clouds, it is just a symbol. The white cloud is not being used as a fact, it is used as a symbol, as a poetic symbol; as an indication of a deep merger into the mysterious and the miraculous.

Source – Osho Book “My Way: The Way of the White Clouds”