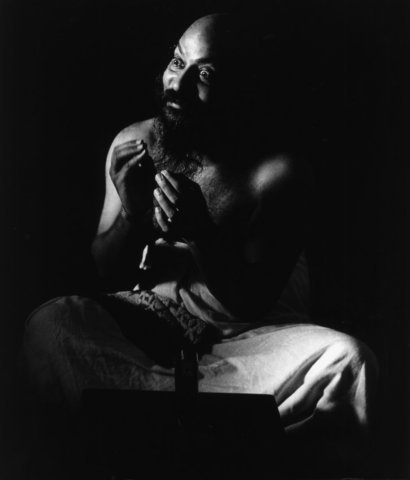 There is only one wretchedness — to forget God. There is only one wealth — to attain His remembrance. He whose surati awakens has acquired all that is worth acquiring, achieved all worth achieving. Then it doesn’t matter if he has no cloth to cover him, or roof to shelter him. It doesn’t matter how much wealth you possess, how many palaces, how many titles, if in the absence of surati you feel a miserable beggar within. The pain, the anguish of poverty will always gnaw at your heart.

Nanak says the only kind of wealth is His remembrance. The only kind of poverty is to forget Him. Ponder well over this. Are you rich or poor? Don’t think of your bank balance, which is a deception, but open your internal accountand see the entry labeled remembrance. You are rich to the extent of your remembrance. If There is none, then you have not yet begun to acquire wealth. What you amass in the outside world makes no difference.

When Alexander the Great was about to die he told his ministers that his hands should be left hanging outside the coffin. When they complained that this was not the custom and wanted to understand the reason, he said, “I want people to see that in spite of all my conquests I leave this world with empty hands.”

People like Alexander die as paupers. The most powerful turn out to be impotent; but if even an ant is filled with remembrance, all the Alexanders pale in insignificance before it.

Who was Nanak? What was he? He had no wealth, no status, no kingdom, but how many kings faded into insignificance before him? Nanak became precious because of his surati. Kings will come and go but Nanak will remain forever. Fame and honor are made and destroyed, it is not possible to destroy Nanak, because he who takes shelter in Him who is indestructible cannot be destroyed.

Even if you are a lowly ant it does not matter; only let His remembrance forever be. Do not indulge in the madness of acquiring vast kingdoms, because it always happens that the more you are engaged in piling up outside wealth, the more you forget to remember Him; how else could you succeed? If you remember Him all outside wealth will be as dust to you, then the world’s honor and fame will be of no consequence.

When little children gather colored stones, try to explain to them that they are worthless pebbles; they will still smuggle them home. The mother finds their pockets filled with this junk. These same children, once they grow up and their understanding develops, no longer collect these stones; they in turn tell their children not to indulge in this foolish game. But what about all the useless things they continue to collect?

Whatever you gather in the world holds significance and value for you as long as your understanding or remembrance has not awakened. As soon as remembrance awakens in you, you become mature. Then a flame of understanding is kindled. By its light you come to know that all you hold precious was mere rubble. You wonder why in heaven you went after it, why you were so mad about it. What have you attained by gaining this you ask yourself.

Suddenly it all becomes meaningless and worthless in your eyes. Life is transformed the moment surati awakens. A revolution takes place within you. Your old personality dies and a new one is born. The quest for this new birth is religion. Think about this. Seek within — is there a place, ever so slight, for surati within you? Some little corner? Is there a temple in you where remembrance vibrates? Do you hear some little melody inside singing His remembrance? Is that remembrance always inside you or do you keep forgetting? Or do you remember Him at all?

If you begin to contemplate these lines the very thinking will provoke the birth of remembrance within, because as you begin to think, you will naturally start thinking of Him. The very thought that there is no remembrance of Him inside me will awaken His remembrance.

As the remembrance appears more and more frequently, as the hammer strikes again and again, the mark goes deeper and deeper. Constant hammering writes a mark even on a stone; and so with your heart the mark is bound to be intensified.

Kabir said that the rope rubs against the well as it goes up and down in drawing water and it forms a mark on the stone. As the rope of surati rubs against your heart, surely it will form a mark; and the mark develops soon, because nothing is more tender than the heart. All that is required is for the rope to keep rubbing against you.