Osho – Nirakar means look into forms for the formless 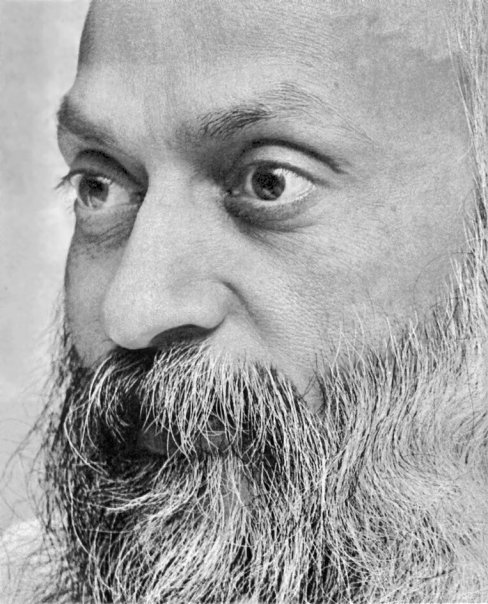 Osho – Nirakar, the formless. God has no form, although all forms are his. This paradox becomes possible only because he has no form. If he had any particular form then he could not have all the forms. He is liquid, utterly liquid. Because he is formless he can move into all forms, he can take on all forms, and yet he is not exhausted by the forms. He is inexhaustible energy.

Matter has form, energy has no form — and God is energy. In fact matter is an illusion. It exists not, it is only an appearance. This has been said by the mystics for centuries but now scientists have agreed to it, on scientific grounds too, that matter does not exist. It is only energy moving with such speed that you can’t see the movement; hence you feel as if nothing is moving. It is like an electric fan going at full speed: you can’t see its blades. But that is nothing. The speed with which the energy is moving is tremendous. It is the speed of light: one-hundred-and-eighty-six-thousand miles per second. With such tremendous speed, disappearance of matter arises. You can see the wall because you can’t see the movement of the atoms, but in fact there is no matter.

Friedrich Nietzsche has declared “God is dead,” hoping that science would prove that there is no God. But within one hundred years, just the opposite has happened: God is not dead, but matter is dead. Matter is not even dead, it is no more. From modern science the concept of matter has disappeared, and God is fully alive, more alive than ever.

Nirakar means look into forms for the formless, seek and search for the formless — both outside and inside. You also don’t have any form; look within and search for the formless. The day you contact the formless is the greatest day of your life. After that experience, after that impact, one is never the same again; then all values change, all visions change. You start living on a totally different plane: the plane of deathlessness, the plane of timelessness. You enter into eternity. And to be part of eternity is the enquiry, the intrinsic enquiry of every being. Unless it is fulfilled one remains in a deep anguish, in deep discontent. And this can be fulfilled — it is our birthright — because we are it.