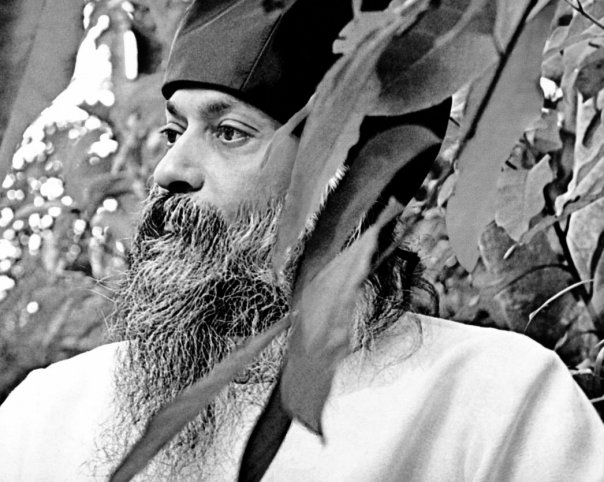 Osho : Sometimes through money he wants to become great – yes, money also gives you a feeling of expansion; it is a drug. When you have much money, you feel your boundaries are not so close to you – they are far away. You can have as many cars as you want; you are not limited. If suddenly you want to have a Rolls Royce, you can have it – you feel free.

When the money is not there, a Rolls Royce passes by, the desire arises… but the limitation. Your pocket is empty. You don’t have any bank balance. You feel hurt – the wall; you cannot go beyond it. The car is there; you see the car; you can have it right now – but there is a wall between you and the car: the wall of poverty.

Money gives you a feeling of expansion, a feeling of freedom. But that too is a false freedom. You can have many more things, but that doesn’t help you grow. You don’t become more – you have more, but your being remains the same.

So is power: if you are a prime minister or a president of a country you feel powerful – the army, the police, the court, the whole paraphernalia of the state is yours. The boundaries of the country are your boundaries: you feel tremendously powerful.

But that too is a drug. Let me say to you: Politics and money are as much drugs as LSD and marijuana – and far more dangerous. If one has to choose between LSD and money, LSD is far better. If one has to choose between politics and LSD, then LSD is far better and far more religious. Why do I say so? because through LSD you will only be destroying yourself, but through money you destroy others too.

Through LSD you will be simply destroying your chemistry, your biology, but through politics you will destroy millions of people. Just think: if Adolf Hitler had been a drug addict, the world would have been far better; if he had been on LSD, or with a syringe in hand, we would have felt blessed, we would have thanked God ”It is very good that he remains in his house and goes on taking shots and is stoned. The world can go on easily without him.”

Money, politics, are far more dangerous drugs. Now, this is very ironical: politicians are always against drugs, people who have money are always against drugs – and they are not aware that they themselves are drug-addicts. And they are on a far more dangerous trip, because their trip implies others’ lives too. A man is free to do whatsoever he wants to do.

LSD can at the most be a suicidal thing, but it is never murder. It is suicide! And one IS free to commit suicide, at least one HAS to be free to commit suicide because it is your life; if you don’t want to live, it is okay. But money is murder; so is power-politics murder – it kills others.

I am not saying to choose drugs. I am saying ALL drugs are bad: money, politics, LSD, Marijuana. You choose these things because you have a false idea that they will expand your consciousness. The consciousness can be expanded very simply, very easily, because IN FACT it is already expanded. You are just living in a false notion: your false notion is your barrier, is your prison.