Osho on Ambition and Competitiveness, Nothing kills love more than Ambitiousness 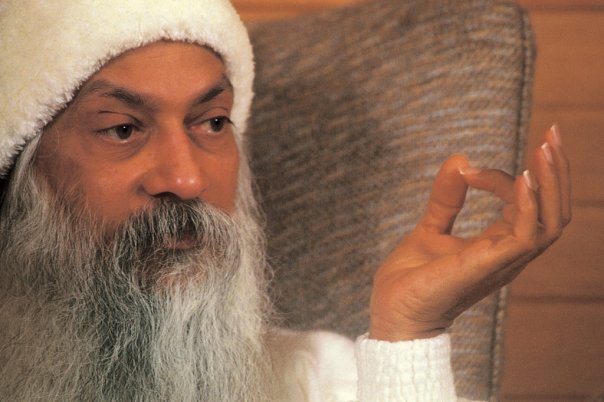 Question – Osho, What is ambition? To live without ambition seems frightening, like starting a new life up from the beginning.

Osho – Latifa, Ambition is the greatest poison there is. It brings all other poisons in: greed, violence, competitiveness, struggle, a constant state of war with everybody else. It does not allow you any space for love to grow, and your real being flowers only with love. Ambition is against love. Anything that is against love is against you and your real life, your real destiny. And nothing kills love more than ambitiousness.

So each child has to be wounded in such a way that he starts feeling a deep inferiority: that others are superior and he has to surpass them, otherwise he is nobody Each child is taught to create a name in the world, fame in the world. Each child is told, ”The way you are is not right. You have to prove your mettle, you have to become ”somebody” – as if you are not anybody yet!

You are born with a certain flavor of your own, with a uniqueness, with an individuality. Nobody else is like you – nobody else has ever been like you – and nobody else will ever be like you. But this truth is never told to you. You are told, ”Become somebody; as if you are nothing. So you have to become, you have to compete to become. And of course then struggle starts, because everybody is told to become somebody, everybody is told to become the president or the prime minister. Now how many people can be presidents and prime ministers? Then naturally there arises a cut-throat competition. Everybody is against everybody else. life becomes a war, a constant war. In this state there is no possibility of peace, love, silence, joy, celebration. All is lost.

John Lennon, in one of his creative moods, was sitting alone in his room strumming his guitar. While doing this he saw a beetle scuttle across the floor.
”Hello, little beetle,” said John, ”I named my group after you.”
The beetle stopped, turned around and said, ”You called your group Eric?”
That was his name. You think only man is competitive? Even beetles are!

Hence so many wars. In three thousand years there have been five thousand wars. If somebody comes from some other planet and looks at us and our history he will think that this earth is a madhouse. Five thousand wars in three thousand years! What we have been doing except fighting? our seventy percent energies go into war; we could have transformed the whole earth into a paradise and we have made a hell of it.
But about everything there is competitiveness.

The NATO forces were on maneuvers in Europe and each country had a separate camp in close proximity to each other. One day the British camp received a message from the American camp which read: ”Please send three dozen condoms, as we have run out of stock. Size: twelve inches long by three inches thick.”

The message was taken to the Commanding Officer who did not know what to do with it, so he sent for the Intelligence Officer. ”Matter of prestige, old man,” said the Commanding officer. ”Have to do something!”

The Intelligence Officer returned within the hour. ”All taken care of, sir. The motor workshop is making something out of old inner tubes and the silkscreen department is going to do the final touches.”
”What are the final touches?” asked the Commanding officer.
”Well, sir,” said the Intelligence officer, ”on the package will be printed: ’Condoms, Made in England, Size – Medium’.”

An intelligent person is one who comes to see that there is no need to compete at all. ”I am myself, you are yourself I need not be you, you need not be me.” A rose is a rose is a rose; it need not be a lotus. The lotus need not become anxious, worried about becoming a rose flower.

The whole nature is in deep peace for the simple reason that competition has not poisoned it. There is no competition at all. The biggest cedar of Lebanon has no ego about it, that ”I am bigger than others.” Just a small rosebush has no inferiority complex that, ”I am so small.” Nothing of superiority, nothing of inferiority, but each is unique. This stupidity has entered only human consciousness – human consciousness is being conditioned for it.

Latifa, you ask me: WHAT IS AMBITION?
It is a feverish state, it is an insane state. It is not healthy.
You say: TO LIVE WITHOUT AMBITION SEEMS FRIGHTENING…

Of course, because you have lived with ambition for so long, it has become your very lifestyle. You have become identified with it; you don’t know any other way of living. I o drop it means as if you are dying. And in fact that’s what has to be done by a sannyasin: he has to die in many ways before he can be reborn. And this is a must: that you should die as an ambitious person, you should die as an ambitious mind completely, totally. Not even a trace of ambition should be left in you because even if a small trace is there it will start growing again. It is like a root: it will again sprout, again leaves will grow, again there will be foliage. It has to be completely thrown out of your being.

Yes, it feels difficult, Latifa, very arduous, almost impossible in the beginning, because we don’t know any other way how to live. People ask me, ”If we drop competitiveness, if we drop ambitiousness, then how we will grow?” and trees are growing and animals are growing, and the whole existence is moving and growing – just you cannot grow without ambitiousness…

And with ambitiousness what has happened? Have you grown? Something wrong has grown in you; something like cancer in your being has grown. Yes, that cancer will not grow anymore. If you drop all ambition, then a totally new process sets in: your natural growth takes over. Then you are not competing with others; you are simply evolving each moment within yourself, not comparing.

Competitiveness believes that whatsoever succeeds is right and whatsoever fails is wrong. That is the only criterion for an ambitious mind: the end makes the means right. For a non-competitive mind there is no question of thinking of others; you simply go on growing on your own. Your roots go deeper into Tao, into nature. Not that other trees have reached deeper so you have to reach – you reach deeper for your own nourishment, you reach deeper for your own enrichment, you reach deeper because your branches can go higher. Only the deeper the roots go, higher the branches reach – but it has nothing to do with others; others are accepted as they are. Nobody takes any note of others.

Latifa, it is certainly starting a new life up from the very beginning. That’s why Christ says: Unless you are born again you shall not enter into my kingdom of God. A rebirth is needed. A championship competition is held to see who has the largest prick in the world. The theater is filled with people and the gays are screaming with excitement. Up in front sit the judges. First a Russian comes on stage. He is enormous and the applause is loud. The judges measure him and there is more applause.

Next a black man comes on stage. He is huge and loud applause sounds through the theater. Then an Italian and a Japanese come forward. Both are measured and receive standing ovations. The excitement of the crowd is mounting when a dwarf suddenly appears on stage. Everyone whistles and yells for him to leave. But the dwarf raises one arm in the air and asks for silence. Then when all is quiet, he opens his fly and takes out a turtle, shouting, ”Just a minute folks… this is just a crab!”