Osho – A man who is enlightened lives out of his consciousness. 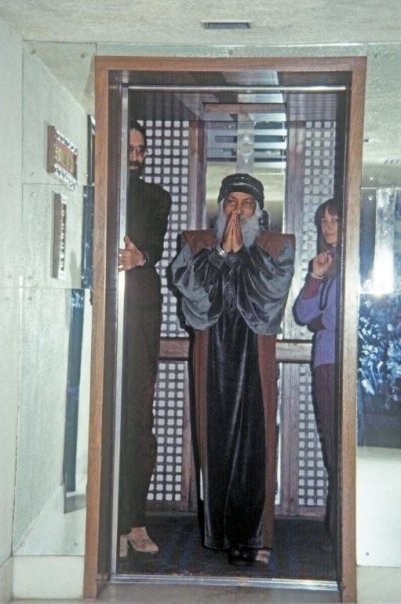 Question – What constitutes the behaviour of an enlightened man?

But try to understand me — because he has no structured consciousness. He HAS consciousness but the structure has been dropped. He’s neither Hindu nor Mohammedan nor Christian. He is neither good nor bad, neither moral nor immoral, neither this nor that. He simply is. All duality has disappeared. You cannot evaluate him; you cannot categorize him; you cannot put him into any pigeon-holes of your logic. He exists like an emptiness — nothingness he is. And out of that nothing, every moment the miracle — that he goes on functioning without any armour around him, without any structure. He goes on flowing.

It is difficult for you to understand, because you cannot think how you would function without a structure. If you don’t have any morality conditioned on you, how will you behave morally? — it seems difficult for you. It is just like saying to a blind man that we walk without groping. The blind man says, “I cannot believe you. How can one walk without groping? Groping is a must.” The blind man has his stick; he goes on groping with his stick — “Where is the door?” — and if you say that we don’t carry any sticks, he will laugh: “You must have gone mad, or you must be joking.” And he will say to you, “Don’t be funny. Don’t try to be funny. Because if you don’t grope with a stick, how can you walk?”

A man who is enlightened — who has come to know who he is, who has faced himself — has no masks, has no character, has no rules to follow. There is no need, because each moment his consciousness is there, and out of his consciousness arises his act.

You act out of your conscience; he acts out of his consciousness. Conscience is given by the society; consciousness is your nature. You act ‘good’, because you have been told to act ‘good’. Not that you are good. You ACT’good’ because you know it pays to be good; you know honesty is the best policy. Just see: it is policy, it is politics. It is cunningness, because it pays. And if dishonesty pays — if dishonesty is the best policy — then you move to dishonesty.

Let me say it in a different way: you react, he acts. Somebody insults you: immediately you react. There is no time gap. You become angry, you retaliate. If you insult a Buddha, there is a time gap. He does not react. He looks at you; he watches you; he observes you: “Why are you behaving in this way?” And out of that observation he responds. It is not a reaction; it is not a push-button thing. Somebody insults you; he has pushed a button. You react; you go mad. You cannot push any button in a Buddha; he has no buttons. That’s what I mean: he has no character around him. You cannot push any button. He has dropped the whole mechanism. You can be angry; you can insult him; but you cannot decide his reaction, because he has none.

Once it happened: A few people insulted him very badly… abused him. He listened, listened very silently — you cannot find a greater listener than Buddha. Those people started feeling a little awkward, because they were waiting for him to react; and he was listening so silently, so meditatively, as if they were reciting the Vedas; and they were just abusing him. They started feeling awkward, because the expected reaction was not coming.

One of them asked, “Are you listening or not to what we are saying? Your face has not changed even a little bit. You don’t seem to be angry.”

Buddha said, “Because I am listening to you, I feel much compassion. Poor fellows — why are you in such a rage, and why are you in such an anger? Why are you poisoning your systems?” Buddha is thinking about them.
They said, “Forget about us. We have not come to ask for any advice. What about you?”

Buddha said, “If you had come ten years before, then I would have reacted. You came a little late. Now you can insult me, but it never reaches me, because I never accept it. And unless I accept it — unless at my end I receive it — you cannot give me anything. You can give; but I don’t take it.”

Buddha told them a parable. He said, “Just in The other village people had come with many sweets, but I told them that I didn’t need sweets — ‘Please take them back.’ I ask you, what should they have done about those sweets?” Those people gathered there said, “They must have distributed them in the town.”

Buddha laughed and said, “Now what will you do? You have brought abuses, insults, anger, hatred, and I say to you,’I don’t take them.’ Now you will have to take them back and distribute them in the village. I feel sorry for you.”