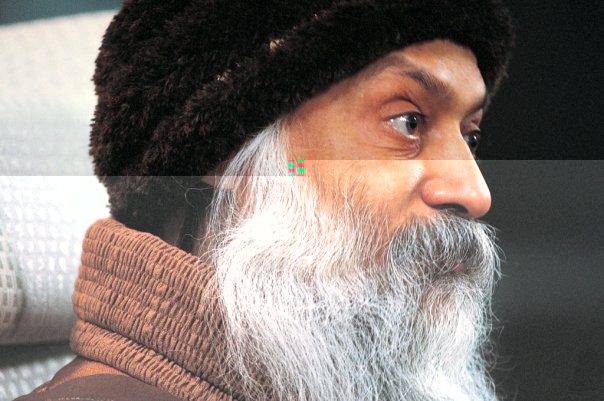 Osho – Just to be enlightened is not enough. A mere enlightenment will give you all the joys of the world, but you will become absolutely dumb. You will not say anything, you will not find any way to express.

Because of this fact, Buddha has divided his enlightened people in two categories. They both have the same height – there is no quality of lower or higher – they both belong to the same cosmic reality, the fundamental nature. But he has made two categories: one category he calls the arhatas – the arhatas are the ones who become enlightened and remain silent – and the second category he has called bodhisattvas. They also become enlightened, but their work is to convey something, some device, some hints about their experience to people.

Arhatas are called hinayana, a little boat in which one man can row and go to the other side. Of course he reaches the other shore. And bodhisattvas he has called the mahayana; it is a great ship in which thousands of people can move to the other shore. The other shore is the same, but the bodhisattva helps many. The arhata is not articulate; he is a simple, nice, utterly humble person, but will not utter a single word of what he has attained. It is too much for him to say anything. He is completely contented, why should he speak? And anyway, everybody has to find his own way, so why unnecessarily harass people? The arhata has his own standpoint.

Buddha used to argue with the arhatas and the bodhisattvas, because both kinds of people became enlightened in his own lifetime. It was a constant struggle. Arhatas have their point: you cannot deny it, that everybody has to find his own path, so it is not necessary to convey anything to them. That may become a hindrance. All the scriptures have become hindrances.

No arhata has written any scripture. He does not move even a single finger to point to the moon, because the danger is that people may cling to his finger thinking that this is the moon. He keeps himself completely silent. Don’t think that he is uncompassionate; just compassion also has many ways of expression.

He is expressing his compassion by not interfering in your life, and he is showing his trust that existence will bring you somehow – if not today, then tomorrow, if not tomorrow, then next life. But there is eternity available, so what is the hurry? ”And if anybody is intelligent enough, he can see my small boat moving towards the other shore. That is enough of a hint. If he cannot understand that, he cannot understand anything else.”

So Buddha finally allowed two categories of the same height, without any comparison of lower and higher. ”Arhatas,” he said, ”you go on your way silently.” And to bodhisattvas, who were ready to try, he said, ”What is the harm? You have become enlightened, you cannot lose it – there is no way of losing it – so what is the harm in trying a little effort at provoking people and challenging people, creating a great urge and thirst in them? You may work on thousands and perhaps one may be ready, but even that is great compared to the ignorance of the whole earth. In the darkest night even a small candle glowing… its light and splendor is great, because it may give the indication to others to find candles; why live in darkness?”

Bodhisattvas moving in the masses are like torches, with a joy and with a dance and with a grace. They will create an urge, a deeply repressed hunger and appetite for the ultimate.

Source – Osho Book “Isan: No Footprints in the Blue Sky”