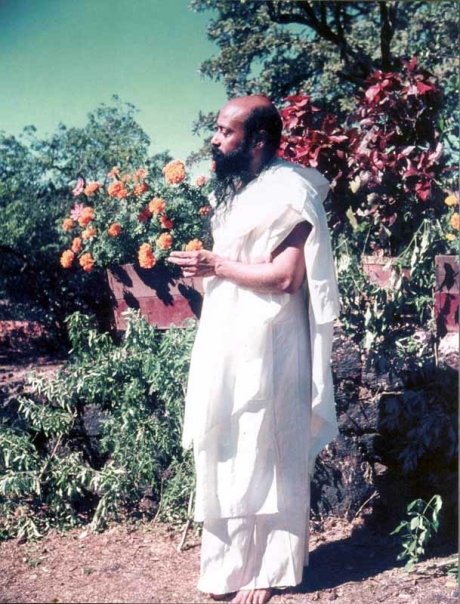 Osho – The ultimate state of consciousness is not a serious phenomenon. It is not sombre, it is not sad. It is full of joy, full of laughter, full of celebration, full of song and dance, because it is a fulfillment: you have come to the ultimate peak of your being. And then flowering happens and your perfume is released to the winds. It can’t be serious and sad.

All your saints look miserable. They don’t seem to have even touched on what I am talking about. They are ascetic people, and asceticism is a kind of masochism, it is self-torture. And when you torture yourself you cannot be joyous — it is against nature. Nobody can be joyous against nature. The more natural you are, the more joyous; the less natural, the less joyous.

Christians say Jesus never laughed. I cannot believe it. I know Jesus directly — I have a direct line with him! What these fools are saying is absolute nonsense. If Jesus never laughed then nobody can never laugh. If I had to write the gospels, the last thing that I would write would be that he laughed loudly on the cross. He must have had the last laugh!

That’s exactly what happened in the case of Al-Hillaj Mansoor — a Sufi who was killed by the Mohammedans. The last thing he did was to laugh loudly. For a moment even his enemies were shocked. They could not believe their eyes: had he gone mad or something? — because this was not the moment to laugh. If he had wept, cried, prayed, it would have been understandable, but this laughter was absolutely incomprehensible.

“And I am also laughing at God — I am telling him through my laughter, ‘You can’t deceive me. You can play all kinds of tricks on me but you cannot take my laughter away.’ This is his last test. He is trying his last trick on me. He wants to see now if my laughter is real or unreal. If I can laugh through death, that means my laughter was real, was authentic.” He died laughing.

This happens only because of the ultimate state of consciousness. When you have touched the highest peak, when there is no more beyond, when you have gone beyond the beyond… when everything is left behind, the body far far away, down in the valley, mind also somewhere on the way, and you are just a pure consciousness, just a pure mirror reflecting nothing, no content, just pure consciousness, no object, just pure subjectivity — that’s called samadhi. And then thousands of songs will start arising out of your being, thousands of flowers will bloom. And unless that happens no man is fulfilled, no man can ever be contented; no man should ever be contented before this happens.

One should carry a divine discontent within one’s heart. One should go on carrying the divine discontent for this ultimate goal. One should become an intense longing to achieve samadhi, to achieve superconsciousness. It is possible, because it has happened to other human beings; to Jesus, to Buddha, to Zarathustra, to Lao Tzu. It can happen to you, it can happen to everybody. It is everybody’s birthright, we just have to claim it. To be a sannyasin means the beginning of the claim, the beginning of the pilgrimage.