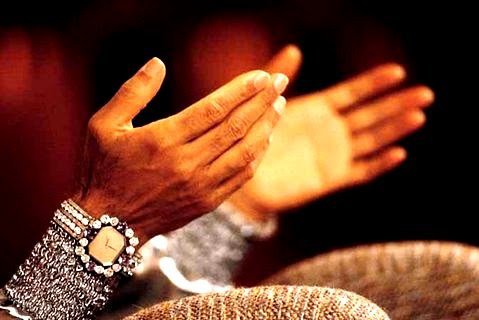 Question – Do you believe in astrology? Is it true that an astrologer predicted to your father that you would not survive more than seven years, but if you survived you would become a buddha?

Osho – I have survived — that’s enough proof that astrology has no truth. Astrology is man’s weakness, because he cannot see the future and he wants to see it. He is always afraid to go astray. He wants to be certain that he is on the right path, yet the future is absolutely unknown, nothing can be predicted about it. But there are people who are always ready to exploit man’s weaknesses. In life, only one thing is certain and that is death. Everything else is uncertain, accidental. Man would have loved death to be uncertain and everything else to be certain. Astrology is his effort to make life a certainty.

I am reminded of an old story. A great king dreamt that a black shadow was standing before him. Even in the dream he began trembling out of fear. He asked the shadow, “What is the point of making me so afraid in my sleep?”

The shadow said, “It is for your benefit. I am your death, and tomorrow evening when the sun is setting I will come to meet you again. Just out of compassion I have come to tell you. You have been a good man. This is an exception — I never tell people when they are going to die. So you have twelve hours — if you want to do something, do it! This is your last day.”

He became so afraid that he woke up, and the dream disappeared. He was perspiring all over. It was not a dream, it was a nightmare, and there was confusion in his mind whether there was any truth in it or not. In the middle of the night he called all the astrologers of the capital to find out the meaning of the dream. They came with their scriptures, different schools of astrology, and they began to discuss among themselves, fight among themselves.

By the time the sun was rising the old servant of the king, who was almost like his father, because his father had died when he was a child and this old man had taken every care of the boy, protected him, protected his kingdom, enthroned him…. The king had great respect for the old man. The old man whispered in his ear, “If you can listen to me, my suggestion is that these fools that you have gathered here will never come to any conclusion till the very end of time. They have been discussing for centuries. Their discussion is refined, their expertise is tremendous, but what you need is not their great scholarship but a certain conclusion, and there is not enough time. My suggestion is: you have the best horse in the world. Take the horse; at least escape from this palace and this capital, as far away as possible.”

It appealed to the king. He left the astrologers to discuss and he escaped from the palace. When death is facing you, you don’t feel thirsty, you don’t feel hungry, you don’t feel any need for rest. He wanted to go as far away as possible. He crossed the boundaries of his kingdom — by the time the sun was setting he had reached hundreds of miles away to a beautiful garden. When he was tying the horse to a tree, he thanked the horse, and he said, “I knew that you were the best horse in the whole world, but you have proved it. You have come with the speed of the wind and you have taken me out of all fear. What those astrologers could not do, you have managed to do it.”

And at that very moment the sun set and he felt a hand on his shoulder. He looked back — the old black shadow that he had seen in the dream was standing there, and said, “Your horse is really the best. Not only should you thank him, I also thank him, because I was very much worried. This is the place and this is the time where you have to die and I was worried how you would reach here. Your horse is a wonder: he brought you to the right point, at the right time.”

Your whole life you are afraid of death. You keep yourself engaged, you don’t want to recognize the fact that death is following like a shadow and nobody knows what is going to happen the next moment. People live in the world as if they are here forever and they know perfectly well that nobody is here forever. But these fearful people, fearful of death, of disease, of failure, become victims of cunning people.

Astrology is an exploitation. And not only does it exploit you, it gives you a great egoistic idea also — as if millions of light years away stars are interested in you, as if their movements decide and determine your fate. This way, a small man becomes the center of the whole universe. The astrologers satisfy your ego, dispel your fears, but the science is absolutely bogus.

It is better, more courageous and spiritual, to remember that we are very small — as small as a blade of grass. And to recognize the fact that it is good that the future is not determined, otherwise you would not have any freedom. Astrology is against freedom. If tomorrow is decided, then I am a machine, not a man. Only machines should consult astrologers, not men.

Man’s future is open and an open future gives freedom, freedom to create yourself. Astrology does not give you the freedom — it is the greatest slavery. Every minute detail is written and there is no way to change it — it will happen the way it was determined. It has reduced man to a puppet, a puppet of blind forces.

I absolutely deny the validity of astrology because I am against all slavery. My whole effort is to make you aware of your freedom. If astrology is right then Gautam Buddha, Kabir, Dadu, do not deserve any respect. It was determined; they had to become what they became. So what is great in it? And murderers do not need to be condemned. Just as Buddha is a puppet, the murderer is a puppet, and both are in the hands of… we know not, we are not aware of those hands.