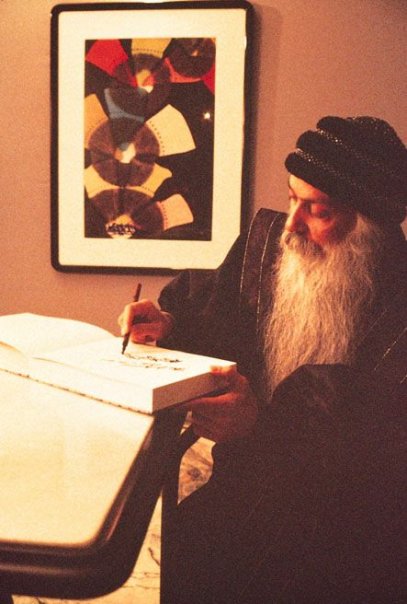 Question – Why do you not write your autobiography?

It is interesting to note that neither Jesus, nor Krishna, nor Buddha have written their autobiographies. They neither told them nor wrote them. Writing or speaking about oneself has not been possible for those who have known themselves, because after knowing the person changes into something so formless that what we call the facts of his life – facts like the date he was born, the date a particular event happened – dissolve. What happens is that all these facts cease to have any meaning. The awakening of a soul is so cataclysmic that after it occurs, when one opens his eyes he finds that everything is lost. Nothing is left; no one remains to talk about what has happened.

After one has known one’s soul, an autobiography seems to be a dreamlike version of oneself. It is as if one were writing an account of his dreams: One day he saw this dream, the next day that dream, and the day after that a third dream. Such an autobiography has no more value than a fantasy, a fairy tale.

That is why it is difficult for an awakened person to write. On becoming awakened and aware, he finds that there is nothing worth writing. It was all a dream. The matter of the experience of becoming aware remains, but what is known through the experience cannot be written down. This is so because reducing such an experience to words makes it seem insipid and absurd. Even so, there is always the attempt to tell about the experience in different ways through different methods.

My whole life I shall go on telling what has happened. There is nothing else to tell except this. But this also cannot be written down. As soon as it is written, it is felt that it was not worth talking about. What is there to write? One may write, ”I have had an experience of the soul. I am full of joy and peace.” It looks absurd – mere words.

Buddha, Mahavira and Christ went on telling their whole lives in many different ways what they had known. They never became tired. They always felt that there was still something left out, so they would speak again in a different way. It is never finished. Buddha and Mahavira may finish, but what they have to tell remains incomplete.

I don’t think you will believe what I say. And what is the use of my making you suspicious? It will be harmful. The best way is to take you on that path, to that bank from which you can be pushed to where someday you yourself may have the experience. On that day you will be able to trust. You will know the way it happens. Otherwise there is no way to trust.

At the time of the death of Buddha people asked, ”Where will you go after death?” What does Buddha reply? He says, ”I have been nowhere, so where can I go after death? I have never gone anywhere and have never been anywhere.” Even after this people still asked him where he would go, but he had told the truth because the meaning of buddhahood is nowhereness. In that state one is nowhere, so the question of being somewhere does not arise.

If you can be quiet and silent, what remains except breathing? Only breathing remains; nothing else. Like the air inside a bubble, breathing remains. If you can be silent at least once for a few moments, then you will realize that when there are not thoughts there is nothing but breathing. The inhaling and exhaling of air is nothing more than the going out and coming in of air in a bubble or a balloon. So Buddha says, ”I was only a bubble. Where was I? A bubble has burst and you are asking where it has gone.” If someone like Buddha knows that he is like a bubble, how can he write his autobiography or tell about his experience? Whatever he might say will be misunderstood.

In Japan there was one saint called Lin Chi. One day Lin Chi ordered the removal of all the idols of Buddha. There had never been a man like him. Only just before he had been worshipping those very idols of Buddha, and now he was ordering them to be removed. Someone stood up and asked, ”Are you in your right mind? Do you know what you are saying?”
Lin Chi answered, ”As long as I was thinking that I am, I believed that Buddha was. But when I myself am not there, when I am only an air bubble, then I know that someone like Buddha also could not have been there.”

In the evening Lin Chi was again worshipping Buddha. People again asked him what he was doing. He said, ”I was helped in my own non-being by Buddha’s non-being. That is why I have been giving thanks. It was a thanksgiving from one bubble to another, nothing more.” But these statements could not be properly understood. People thought that there was something wrong with this man and that he had gone against Buddha.

Mahavira talked only of the death of the ego; that much could be understood. It is not that Mahavira did not know that even the soul does not survive, but he had in mind our limited understanding. Therefore, he spoke only of giving up the ego, knowing that the soul would automatically dissolve. Buddha, for the first time, made a statement which had been a secret. The Upanishads also knew, Mahavira also knew, that the soul does not survive in the end, because the idea of the soul is a projection of the ego. But Buddha revealed the secret which had been closely guarded for so long.

That created difficulties. Those who themselves believed that the ego does not survive started the quarrel. If the soul does not survive either, they said, then everything is useless. Where are we? Buddha was right. How could there be an autobiography then? Everything is like a dream sequence, like the rainbow colors formed on a bubble. The colors die when the bubble bursts. That is a very obvious result.