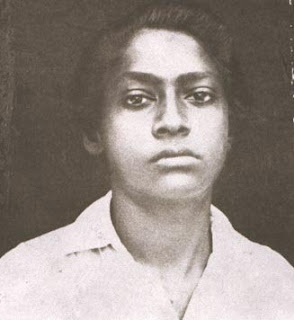 Osho – If you can find a man who is awakened, who is really virtuous and wise, whose virtue is not only a cultivated facade but a spontaneous fragrance, whose wisdom is no longer knowledge, whose wisdom is his own authentic experience… if you can find such a person, then go with him joyfully, wholeheartedly, totally. Then don’t hold back, because this is a rare opportunity.
How will you recognize the real awakened person? How will you recognize that he is authentic, true, that what he is saying he knows? How will you recognize him? That is one of the most important questions that has been asked for centuries, and it has not been answered adequately because it can’t be answered adequately. Only a few hints can be given.
You cannot recognize a true master through the head. To your head he may look very illogical. Let that be one of the hints — because the pseudo master tries to be very logical. He has to convince you, and you can be convinced only if he is logical. He tries even to give logic about God. He creates theology, which is the most stupid thing in the world — logic about God! There is no way to prove God logically, but the pseudo master tries to prove everything logically because you can understand only logic.

The head can only give you this much, so if your head feels somewhere that something is illogical, don’t escape from the place. That illogicality simply means something mysterious is there. Now move to the heart. When your head says something is illogical, the head is saying, “It is beyond me — drop it. I can’t understand it. It is incomprehensible.” Rather than dropping it, drop the head! Then you will be able to see the true master.
The true master can only be felt. It is a question of a loving openness on your part. The disciple has to open the heart. The true master comes through the heart, not through the head. He is felt as love, not as logic. He is felt as a song, not as syllogism. He is felt as poetry, not as prose. He is a dance; you can know him only through participation.
Be with a true master. Just being with him, sitting by his side in deep silence, with no prejudice, with no idea what is happening, something transpires. Something jumps from the master into your heart. You can feel it. It is energy, it is an energy phenomenon. It is not a question of a theory, of any hypothesis, of philosophy. It is a jump of energy, a quantum leap. Something invisible radiates from the true master and penetrates to the true disciple. And who is the true disciple? — the one whose heart is open.
And once you have felt the presence of the true master, Buddha says: GO WITH HIM JOYFULLY… not reluctantly, not with doubts — joyfully, dancing, celebrating. You have found the master. There can be no greater blessing than that, because on the way you will find many problems without the master. The first step will not be possible; only the master can push you. And you can allow him to push you only if you trust.
It is just like a new bird who has come out of the egg and sits on the edge of the nest, looks at his mother, father, parents, other birds flying in the sky. A great longing arises in his heart too. He flutters his wings, but he cannot gather courage; he is afraid he may fall down. He has never flown before. He does not know what it is all about, how these people are managing. They may be different, they may have certain qualities. Who knows that he has wings also? He can have a certain feeling that there are wings; he can see a certain similarity. But the fear of falling, of killing oneself or crippling oneself, is also there.
The mother goes and calls from the tree far away, gives him a call. He wants to go, but the fear…. The mother goes around the nest, flies, to show him that “What I am doing YOU can do.” Slowly slowly, he gathers courage, and one day the mother simply pushes him. He has to be pushed. In spite of his fear, when he is pushed he can see that he opens his wings; he is able to balance himself. Of course, in the beginning it is a little awkward, but soon he becomes efficient.
Without the master the first step is difficult, the most difficult thing. How to move into the unknown if there is nobody to push you? But the master can push you only if you trust him, if you love him. It is just like the bird loves the mother and he knows that whatsoever she is doing she will not do any harm. Out of that trust he allows her to push him; in fact, deep down he wants to be pushed. He knows, “I cannot do it on my own.” But if the mother is doing it she must be doing it right.
When the disciple feels such a love affair with the master, then things become possible. And then there are many dangers on the way. The first step is the most difficult; then as you move deeper and deeper many more things have to be dropped. Who is going to tell you what to drop and what not to drop? It is all unknown to you. Somebody needs to constantly watch you.
And then comes the last step, when the ego dies. That is also very difficult — it seems as if YOU are dying. The master has to help you die because only through death you will be reborn. The master has to help you understand that this is not death. The seed disappearing in the soil is not dying; it is really being born as a tree. And the river disappearing in the ocean is not dying, it is simply becoming the ocean. It is not losing anything, it is gaining much more. It is losing nothing and gaining all.
Source : from Osho Book “Dhammapada vol 9”
Pin It