Osho on Awareness and Unawareness, Be aware in this moment 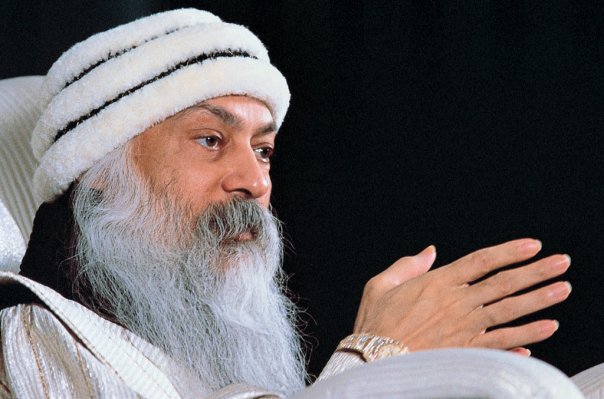 [An indian visitor said that he would like to ask what was the most important question in his life – and that was that he found it difficult to maintain ever-present awareness, that sometimes awareness came as a delayed response, and this was the problem for him.]

Osho – You are creating the problem, and people who try to be aware, almost always create the problem. The first thing: awareness can only be of the moment. The very idea that it should always remain, that it should become a permanent state, is wrong. And why be worried about the next moment? The very idea of permanence is part of greed. Greed is part of unawareness, so unawareness is playing a trick and creating a problem. It is not out of awareness that the problem is coming; it is out of unawareness.

And why ask for permanence? One person never gets two mo-ments together. You always get one moment. When that one is gone, another is supplied. So if you can remain alert in one single moment – enough! Whatsoever time will be coming in front of you, your torch of awareness will be there. Asking for permanent awareness is as if you are going for a long journey, a thousand-mile journey in the night, and I give you a small torch and you say, ’By this torch I can only see a few feet. The journey is very long – one thousand miles. How am I going to manage? It is impossible. This torch is too small.’

One moment is enough for your awareness. Then comes another moment. Your awareness is there. Another moment will be lighted, then another, then another. The whole eternity can pass in front of you. Why be worried about making it permanent? That too is part of greed. Life is momentary. Let awareness also be momentary. That’s why buddha called his philosophy ’chhanikawada’ – the philosophy of the moment. He said it is enough to be mindful of the moment. Only the moment exists – all else is imagination.

When you miss, just note with full alertness that you missed – that’s all. By and by you will miss less and less. Just take a simple note, observe it and finished! Go ahead. By these observa-tions, more and more awareness will be happening. And I’m not saying permanent. I’m saying more – because more has depth. Awareness is going to remain of the moment. It can be shallow, it can be deep. That is a totally different dimension.

It will become more and more deep, more and more deep. It will become so deep one day that whatsoever comes in front of you will be lighted well. But don’t think in terms of permanence. It can become eternal, but not permanent. Permanence is part of time. But we always think of making things stable. If something is fleeting we become worried. Then we think, ’What is the point of making so much effort and it is gone again, gone again?’ Simply drop that worry. Awareness is the key word and the key question. If you can open it, you have found the master key. It opens all the locks. No other question is necessary then. But don’t make it a greed. It will come.