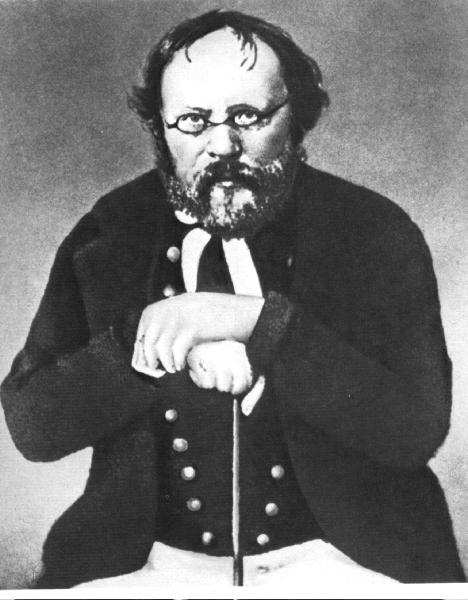 Question – Beloved Master, What is the difference between the individual anarchism of bakunin and the rebel of your vision?

Osho – Azima, I love Bakunin and his philosophy of anarchism, but he too, is an impractical, unpragmatic philosopher. He simply goes on praising the beauties of anarchism: no government, no armies, no police, no courts. And I absolutely agree with him. But he had no idea and no plan for how this dream could be made into a reality.

These individual revolutionaries, these individual rebels are not just political rebels, they are also rebelling against all the past conditionings. Mostly they are religious rebels; they are finding their own center of being. There are more and more people who are becoming individuals who can rejoice, and who are not going to betray the earth; who are not in favor of any unnatural way of life preached by all the religions. If these individuals spread around the world like a wildfire, then anarchism will be a by-product, not the goal.

And Bakunin has no idea why men become rapists, he is not a psychologist. He is a great philosopher of anarchism. The future will owe tremendous respect to people like Bakunin, Bukharin, Tolstoy, Camus, because although they were not very scientific thinkers at least they created the idea. Without providing the foundation, they started talking about the temple.

My whole effort is not to bother about the temple but to make a great foundation; then, to raise the temple is not difficult. Anarchism will be a by-product of a society which is free from religions and religious superstitions; which is psychologically healthy, non-repressive, which is spiritually healthy, not schizophrenic, which knows the beauties of the outside world and also the inner treasures of consciousness, awareness. Unless these people exist first, anarchism is not possible; it can come only as a by-product.

In America, they are so afraid of the anarchist that when they interviewed me for my immigration into America, this was also a question, that I should commit, in writing, that I am not an anarchist. I said to the man who was doing the interview, “I am not an anarchist of the category of Bakunin, Bukharin and Tolstoy, but I have my own anarchism. And you need not be afraid about it, because anarchism is not my goal; my goal is to create individual rebels.”

One thought on “Osho on Bakunin Philosophy of Anarchism”