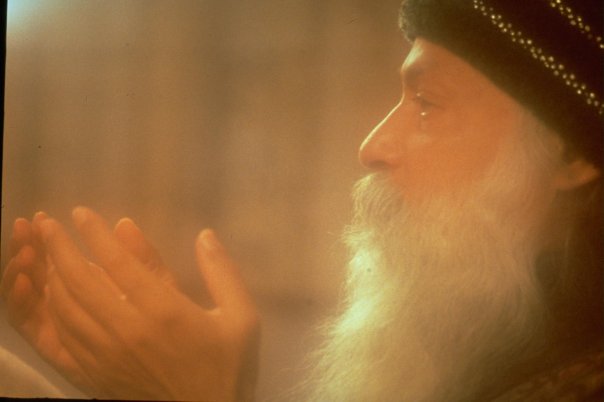 Osho – Shraddho means loving trust. There are three words which are synonymous in the dictionary but not in actual experience. One is belief, the second is faith, the third is trust. In actual experience they have nothing to do with each other – not only that: they are totally different dimensions. Belief is intellectual; it is a kind of information that has been fed to you.

This is a social strategy so that the children always remain in the boundaries of the parental fold. It is a kind of slavery, mental slavery. It is a spiritual poisoning; it is harmful. In a better world there will be no Hindu, no Mohammedan, no Christian. In a more intelligent worldwe will not feed children any system of thought.

We will simply help them to become more and more alert and intelligent so that they can choose their own system of thought, whatsoever it is; we will leave it to them. We will give intelligence to them, we will help their intelligence to become sharpened so that they are not deceived. But right now the parents themselves are deceiving their children. They are doing just what their parents had done to them. Belief is an ugly phenomenon; it should disappear from the world.

Faith is a little better; faith is of feeling. Just as belief is of intellect, thought, faith is of feeling. It is a little better because it goes a little deeper, but it too is without any awareness. It is emotional, sentimental, but blind. It goes deeper and transforms your life a little more than belief. Belief simply remains a facade, because it never touches your heart; faith makes you more devoted. But that devotion is also based on a kind of blindness, and blindness in itself has to be dropped to knowtruth.

Trust is neither of the head nor of the heart: it is a transcendental phenomenon. It comes by becoming more aware of the mechanism of the mind and the heart. You watch how the mind functions, how thinking proceeds – the whole process of thought – and you watch the whole process of emotions. You remain aloof, you remain just a watcher. Then slowly slowly a third dimension opens in you: that is trust. It is existential, it comes only when you have known something on your own.

Source: from Osho Book “Turn On, Tune In and Drop the Lot”