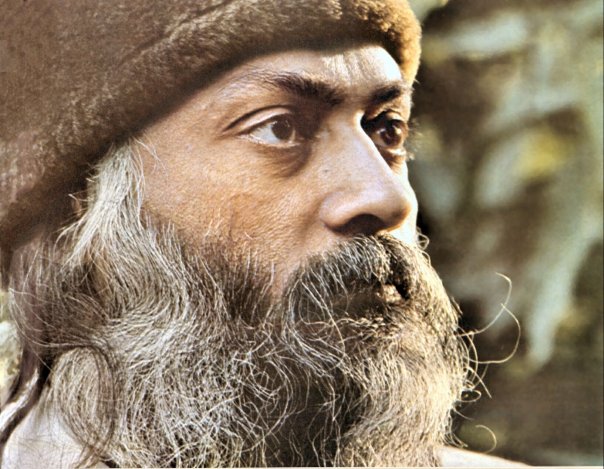 I would like to contradict Shankaracharya Jayendra Saraswati: without any exception, absolutely anyone who is religious is bound to support family planning. And those who don’t support it are not religious; they are cunning politicians. They want the world to remain poor, they want the world to be always in a state of begging, so rich people can enjoy donations and can make reservations in paradise by those donations. If there is nobody poor in the world, who is going to accept their donations?

The politicians want people to remain starving because starving people are very obedient; they don’t have the energy to revolt, to be disobedient. Nobody is concerned with humanity; everybody is concerned with his own power. And still in this century, when things are coming to such a great crisis, a shankaracharya — who is the equivalent of a pope to the Hindus — declares that family planning is against religion. Then starvation and millions of people dying through hunger seems to be religious, seems to be the will of God, who is called love, who is called compassionate.

All these crimes are perpetuated by your so-called virtuous leaders, religious saints. But they have been doing this harm for thousands of years. Rather than helping man to sublimate his energies, to make them creative, they have only been able to force man to repress his energies. And repressed energies become a cancer, repressed energies create all kinds of perversions.

The teacher asked her children’s art class to draw on the blackboard their impressions of the most exciting thing they could think of.
Little Hymie got up and drew a long jagged line.
“What is that?” asked the teacher.
“Lightning,” said Hymie. “Every time I see lightning I get so excited, I scream.”
“Very good,” said the teacher.
Next, little Sally drew a long wavy line. She explained that it was the sea which always excited her. The teacher thought that was excellent too.
Then little Ernie came up to the blackboard, made a single dot and sat down.
“What is that?” asked the puzzled teacher.
“It is a period,” said Ernie.
“Well,” said the teacher, “what is so exciting about a period?”
“I don’t know,” said Ernie to the teacher, “but my sister has missed two of them and my whole family is excited.”

Is this country capable of managing one billion people? — their food, their clothes, their education, their medicine? It will not be even able to provide them with drinking water. Food is impossible; even today, half the population of India sleeps hungry in the night because they cannot afford more than one meal a day.

I have seen people who have not been able to find even one meal a day. Then sleep is very difficult: your stomach is turning, asking for food, it is aching, it is painful. With my own eyes I have seen people putting a brick on their stomach and tying it around the waist, just to feel some weight, because inside the stomach there is nothing. These people suffering in misery are the responsibility of people like Shankaracharya Jayendra Saraswati — these are the criminals.

When one thousand people were dying per day in Ethiopia, even then the pope was continuously talking about no birth control, Mother Teresa was talking about no birth control. You have to see the implications: Mother Teresa needs orphans; without orphans she does not have any qualifications to have a Nobel prize. But from where can you get orphans if birth control methods are applied? And strangely enough, they condemn birth control methods because they are not God’s creation, but they don’t condemn medicine, which is also not God’s creation. At least there is no mention of medicine in those six days when he made the world.

Medicine has given man longer life. There are people in the Soviet Union who have passed their one hundred and eightieth year, and they are still young; there is every possibility that they will pass their second century. There are thousands who have passed beyond one hundred and fifty… and no religious leader condemns it, saying that medicine should be stopped from giving people health and longevity. No religious leader goes on saying that diseases should be allowed because they are God-created.

Medicine can be used; people can be made more healthy… and naturally when they are more healthy they are more sexually powerful. But birth control methods cannot be used because they will reduce the numbers of their congregations. It is a competition of numbers.

Catholics are six hundred million in number. It is the greatest religion in the world — only because of the numbers; otherwise it is the most third-rate religion in the world, there is nothing much in it which can be called religious. But it is the biggest religion, the greatest religion, only on the strength of numbers. It cannot allow numbers to decline — even if these numbers are going to kill the whole of humanity.

Otherwise the woman is constantly pregnant, and because of her pregnancy she cannot be independent financially, she cannot be independent educationally, she cannot be independent from man’s domination. Once she is free from being pregnant compulsorily she will have as much time, as much energy to be creative. Until now half of humanity has remained uncreative… no great poets, no great saints, no great musicians, no great artists. Women have had no time. I was surprised to know that even the books on cookery are written by men, not by women. And the best cooks are men, not women: in all the great five-star hotels you will find great cooks, always men. Strange… That has been the domain of the woman forever, but she has no energy left. Because of these religious people, she will never be liberated.

Sex energy has to be welcomed and transformed through the alchemy of meditation into higher states of being, into creativity in different dimensions, not only creating more and more children. Life has to be planned, it should not be accidental.