Osho on Black Hole and Emptiness, Black hole is like Buddha’s concept of emptiness 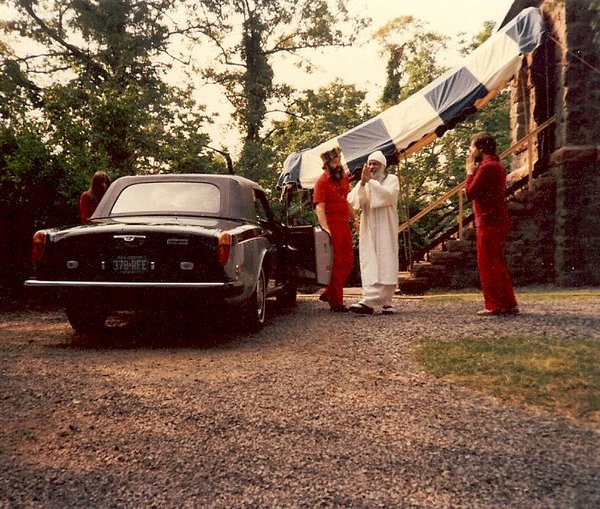 The concept, the hypothesis of a black hole, is of immense value in understanding Buddha. A star exists for millions and trillions of years, but one day it has to die. Everything that is born has to die. Man exists for seventy years, then what happens? Exhausted, tired, he disappears, he falls back into the original unity. So it is going to happen to everything, sooner or later. The Himalayas will disappear one day, so will this earth disappear one day, so will this sun disappear one day. But when a great star disappears, where will it disappear? It collapses within itself. It is such a big mass; it collapses. Just as a man walking — an old man — falls on the street and collapses, if you leave the man there, sooner or later his body will disappear, disintegrate into the mud, into the earth. If you leave it there for many years, then the bones will also disappear into dust. The man was there one day, walking, living, loving, fighting, and now all has disappeared into a black hole.

So does it happen with a star: when a star collapses into itself it becomes a black hole. Why is it called a black hole? — because now there is no mass, there is only pure emptiness, what Buddha calls shunyata. And the shunyata, the pure emptiness, is so powerful that if you come under the impact of it, near it, in its vicinity, you will be pulled, pulled into the emptiness, and you will also collapse and disappear.

For space travel this is going to be a future problem, because there are many stars which have become black holes. And you cannot see it because it is nothing, it is just absence. You cannot see it, and you can come across it. If a spaceship comes near it, under its gravitation, it will simply be pulled in. Then there is no way to get out of it, it is impossible to find a way to get out of it. The pull is so big it will be simply pulled in, and it will disappear and collapse.

And you will never hear about the spaceship, where it went, what happened to it, what happened to the space travelers. This black hole is very, very like Buddha’s concept of emptiness. All forms collapse and disappear into blackness, and then when they have rested for a long time, they bubble up — again a star is born. This goes on: life and death, life and death — this goes on. This is the way existence moves.

First it becomes manifested, then becomes tired, goes into unmanifestation, then again revives its energy through rest, relaxation, again becomes manifest. The whole day you work, you become tired; in the night you disappear in your sleep into a black hole. You put your lights out, you slip under your blanket, you close your eyes; then within moments
consciousness is gone. You have collapsed withinwards.

There are moments when even dreams are no longer there; then sleep is the deepest. In that deep sleep you are in a black hole, you are dead. For the time being you are in death, resting in death. And then in the morning you are again back, full of juice and gusto and life, again rejuvenated. If you have a really good, deep sleep without dreams, the morning is so fresh, so vital, so radiant, you are again young. If you know how to sleep deeply, you know how to revive yourself again and again. By the evening again you are collapsing, tired, exhausted by the day’s activities.