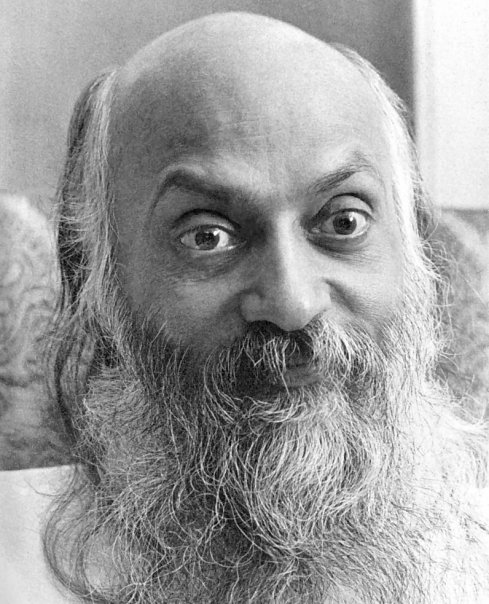 Osho – Bliss is an unboundedness, just like an ocean. It is so vast that one is completely in it. Just as a dewdrop slips from a lotus leaf into the lake and becomes one with the lake, in the same way man has to slip out of the ego and become one with existence, only then is there bliss. Ego is misery, the source of misery, the only cause of misery; and egolessness is the source of bliss. Ego gives you boundaries, identities, it makes you a certain person.

The word ‘person’ is significant. It comes from the Greek ‘persona’; persona means a mask. In Greek theater actors used to wear masks. The word ‘person’ and the word ‘personality’ both come from persona. The ego is a persona; it is a mask, it is not your reality. It has to be dropped, only then do you know what is real. And the real is always blissful. The unreal is against your nature, hence it creates misery. Unreal means unnatural, real means natural. And your nature is infinitely blissful, it is a constant celebration. Except for man you will not find any animal, tree, star, rock miserable, because only man creates the idea of the ego.

Only man can create the idea of the ego, he is the most highly evolved form of life. But as you grow higher the risk of falling becomes bigger. Animals cannot fall and become an Adolf Hitler or a Genghis Khan or a Tamerlaine or a Nadir Shah — no animal can do that. A cat is a cat, a dog is a dog, a lion is a lion, a serpent is a serpent. They are simple people; whatsoever they are they are, neither more nor less.

But man moves on high peaks and hence the danger — he can fall. If he falls he can fall below the animals, if he rises he can rise above the gods. With that possibility of rising above the gods also comes the risk of falling below the animals. The whole thing depends on this simple word ‘ego’. If ego becomes too much you start falling, the weight of the ego starts pulling you downwards. If you become egoless you become weightless, and with that very weightlessness you start moving upwards.

Science knows only one law, the law of gravitation. But the mystics have known another law, the law of levitation. Just as things fall downwards things also rise upwards — but for that one has to become absolutely weightless, one has to remove the rock of the ego. And that’s the whole work of sannyas: removing the rock of the ego. Then you have wings and you can have what Plotinus calls the flight of the alone to the alone, the ultimate flight, the flight of man to god, the flight from the finite to the infinite.