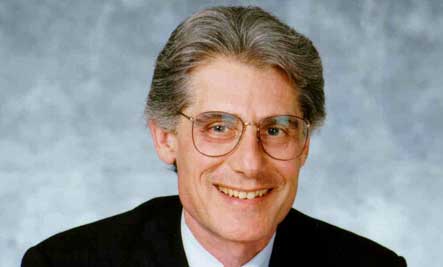 Osho – Just the other day I was talking to you about Brian Weiss and his book, MANY MASTERS, MANY LIVES. He has also come across… but he has been hiding it for years, just afraid of the society – particularly Christianity, because he lives in a Christian world. He has been practicing hypnosis and taking people to their past lives.

Now Christianity, Mohammedanism, Judaism – three great religions of the world don’t believe in any past lives or future lives. They confine themselves only to one life. So for years he has been successfully working, but was not declaring it to his associates, to his colleagues.

Under hypnosis he took his patients into their past lives, and strangely enough whatever the patient was suffering psychologically, once he had found the source in the past life somewhere, immediately the symptom in this life disappeared. He has cured many people by just taking them to their past lives. Some wound, some hurt they have been carrying from past lives… You can go on psychoanalyzing their minds, but that won’t help.

But I want Brian Weiss again to remember that the whole East has put its total genius into the revelation of past lives and reincarnation. We know much more about it than you can even dream of, for the simple reason that for almost ten thousand years this country is the only country in the world which has been working with different techniques and methods to reach to past lives.

But Brian Weiss’ experiment is courageous. He will be disturbing the fundamentalist Christians, but he has come out. He says that what psychoanalysis cannot do in twenty years can be done in a few sessions of hypnosis. You just have to take the person to his past lives. He is carrying scars and wounds which are not of this life. Unless you reach to the sources, they will not disappear. But there is a difficulty – perhaps he has not even taken account of it. The person may be simply imagining that he has reached the past life. How do you make the distinction? The man may be dreaming under hypnosis that he has reached the past life.

Even that imagination and hallucination and dreaming may be helpful to remove the symptoms, but you cannot be certain that he has reached really beyond the birth, beyond the death, to the past life. And as far as many lives are concerned, the greater possibility is that under hypnosis the person will imagine.

Brian Weiss has to understand, because what I am saying is that unless first you teach your patients meditation… Meditation cuts the very roots of imagination, thoughts, dreaming, hallucination, illusion. Meditation cuts the mind completely out of the way. In hypnosis, only after meditation can it be certain that the person has reached to the past life. And the basic symptom will be, not remembering the past life, but re-living it. In deep hypnosis, after meditative practices, one does not remember past lives, one starts re-living the past lives.

There is a vast difference between remembering and re-living. If just mind remembering can help to heal psychological wounds, you can understand perfectly well that re-living the past life will not only remove your mental sickness, it will remove all the darkness around your being. It will not only give you mental health, it will give you spiritual growth – and the difference is tremendous.

But he has broken the ice. I respect the man, but he has to learn much more before he can be definite that the patient is not dreaming, but exactly has entered into a different time space. We are doing therapies with all kinds of meditations, ending the day with me in the deepest meditation, where you start feeling, recognizing, rejoicing, in a space which is called no-mind, your intrinsic buddha dhamma – your intrinsic nature of being a buddha. After these meditations, if some wounds remain, if your psychology still remains sick, you can go through hypnotic sessions which are available here, move into rebirth, go beyond this life.

Dr. Brian Weiss is going to have tremendous trouble from Christianity, Judaism, Mohammedanism, and from his own colleagues who think that man is nothing more than one life. But he has taken a bold, a lion’s step. I support him from the East. Ten thousand years’ experimentation is in absolute accordance with his findings, although he is only a beginner.

That’s why I have invited him to be here, so that he can understand the difference between remembering and re-living, and can understand that hypnosis directly is not definitive, because you have not cut all the rubbish of thinking, imagination, hallucination. They will arise, and if you insist that in hypnosis you have reached to past lives, the person is helpless; he will believe in his own mind projections. Even these projections will be helpful – more helpful than psychoanalysis – but these cannot bring a transformation in the person.

You will be only dealing with patients. Do you understand that healthy people also need tremendous help? You may be healthy mentally, physically, but that does not make you a perfect man. Unless you know the beyond, the mysterious, you know nothing. You can live a healthy life, and you can have a healthy heart attack.

It is a well-known fact that sick people rarely have heart attacks. One needs some energy to have a heart attack. Have you observed the fact that after eighty years of age, very few people die? After ninety, even less and after a hundred, you will very rarely find somebody dying, because dying needs some energy. After a hundred years of living, you will be so exhausted… you cannot die!

It will be good for him to have a deep contact with the East, because he will not get any support in the West. He will be suppressed, subdued, contradicted, and alone he will not be able to fight the vested interests of Christianity, Judaism, Mohammedanism, communism. Now almost three-fourths of the world believes that man is only a material phenomenon, there is no spirit; nobody can move from one body to another body.

This country still remains the only stronghold for the theory and practice of reincarnation. That’s why I have invited him. Here he may flower, finding the right soil and the right atmosphere. It is not possible right now in the West.

I am trying my best to send my people around the globe, spreading something that they have experienced, something for which they are authoritative. The meditations will make you capable to have the courage to fight rotten conditions, rotten traditions, rotten scriptures. We already have two million people around the world. We can create a worldwide fire so that this night, a long night, ends into a dawn, and a new man comes out of the fire of meditation – a new man with a soul, with a deep connection with the cosmos.

In the past, two kinds of fallacies have been perpetrated. One is from Christianity, Mohammedanism, Judaism, communism, and that is, accepting only the material part of man and rejecting anything inner. The second fallacy has been perpetrated by the East, by Buddha, by Mahavira, by Shankara: rejecting everything that is material, calling it illusory, and just confining themselves to the inner. Both are halfhearted. I teach you the whole man, and I want you to be the whole man: Zorba The Buddha.

Source – Osho Book “Zen: The Mystery and The Poetry of the Beyond”