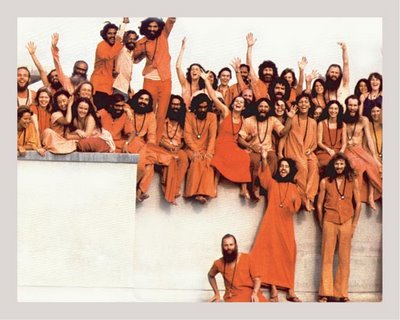 Question – Buddha inspired a large number of persons to become sannyasins – sannyasins who would beg for their meals and live away from society, business and politics. Buddha himself lived an ascetic life. This monastic life seems to be the other extreme of the worldly life. This doesn’t seem to be the middle path. Can you explain this?

Osho – It will be difficult to understand because you are not aware of what is the other end of worldly life. The other end of life is always death. There have been teachers who said that suicide is the only path. And not only in the past; even now, in the present, there are thinkers who say that life is absurd. If life as such is meaningless, then death becomes meaningful. Life and death are polar opposites, so the opposite to life is death. Try to understand it. And it will be helpful for you to find out the way for yourself.

If death is the polar opposite of life, then mind can move to death very easily – and it happens. When someone commits suicide, have you ever observed that the person who commits suicide was attached too much to life? Only those who are too much attached to life can commit suicide. For example, you are too attached to your husband or to your wife and you think you cannot live without him or her. Then the husband or the wife dies, and you commit suicide. The mind has moved to the other end because it was too attached to life. When life frustrates, the mind can move to the other end.

In Buddha’s time there were schools which preached suicide. These were the real opposites to life, to worldly life. There were schools which were teaching that to commit suicide is the only way out of this nonsense which we call life, the only way out of this suffering. ”If you are alive you will have to suffer,” they said, ”and there is no way of going beyond misery while you are alive. So commit suicide, destroy yourself.” When you hear this it looks like too extremist a view, but try to understand it deeply. It carries some meaning.

Sigmund Freud, after forty years of constant work with the human mind, one of the longest researches one individual can do, came to conclude that man as he is cannot be happy. The very way mind functions creates misery, so at the most less misery or more misery can be the choice. No misery cannot be the choice. If you adjust your mind you will be less miserable, that is all. It looks very hopeless.

The existentialists – Sartre, Camus and others – say that life can never be blissful. The very nature of life is dread, anguish, suffering, so the most one can do is to face it bravely, with no hope. You can only face it bravely, and that is all – with no hope. The situation as such is hopeless. Camus asks, ”Well, if this is the situation, then why not commit suicide? If there is no way to go beyond in life, then why not leave this life?”

One of Dostoevsky’s characters in one of the greatest novels of the world, THE BROTHERS KARAMAZOV, says, ”I am trying to find out where your God is just to return to him the entrance ticket – the entrance ticket to life. I don’t want to be here. And if there is any God, he must be very violent and cruel,” the character says, ”because without asking me he has thrown me into life. It has never been my choice. Why am I alive without my choosing it?”

There were many schools in Buddha’s time. Buddha’s time was one of the most intellectually dynamic periods in human history. For example, there was Ajit Kesh Kambal. You may not have heard the name because it is difficult to create a following around those who preach suicide. So no sect exists around Ajit Kesh Kambal, but he said continuously for five years that suicide alone is the only way.

It is reported that someone asked Ajit, ”Then why have you not committed suicide up to now?” He said, ”Just to preach, I have to suffer life. I have a message to give to the world. If I commit suicide, then who will preach? Who will teach this message? Just to give this message, I am here. Otherwise, life is not worth living.” It is the opposite extreme of life, of this so-called life which we live.

Buddha’s was the middle path. Buddha said, neither death nor life. That is what sannyas means: neither attachment to life nor repulsion, but just being in the middle. So Buddha says that sannyas is to be just in the middle. Sannyas is not negation of life. Rather, sannyas is the negation of both life and death. When you are concerned with neither life nor death, then you become a sannyasin. If you can see the polar opposites of life and death, then Buddha’s initiation into sannyas is just an initiation in the middle path. So a sannyasin is not really against life. If he is, then he is not a sannyasin. Then really, he is a neurotic; he has gone to the other extreme. A sannyasin has a very balanced consciousness – balanced just in the middle.

”If life is misery,” the mind says, ”then move to the other end.” But to Buddhists life is misery because you are at the extreme. That is the Buddhist idea: life is a misery because it is at one extreme, and death will also be a misery because it is another extreme. Bliss is just in the middle; bliss is balance. A sannyasin is a balanced being – neither leaning to the right nor to the left, neither a leftist nor a rightist: just in the middle – silent, unmoving, not choosing this nor that, in a non-choice, remaining in the center.

If you have chosen love, then you have chosen hate. The other is intrinsic in it; it is hidden there. And one who chooses love will suffer, because then he will hate – and when he comes to hate he will suffer. Do not choose, be in the middle. In the middle is the truth. At one end is death, at the other end is life. But this energy moving between these two, in the middle, is the truth. Do not choose, because choice means choice of one thing against another thing. To be in the middle means being choiceless. Then you will leave the whole thing. And when you have not chosen, you cannot be made miserable.

Man is made miserable through choice. Do not choose. Just be! It is arduous, it appears impossible – but try it. Whenever you have two opposites, try to be in the middle. By and by you will know the hunch, the feel, and once you know the feel of how to be in the middle – and it is a delicate thing, very delicate, the most delicate thing in life – once you have the feel nothing can disturb you, nothing can make you suffer. Then you exist without suffering.